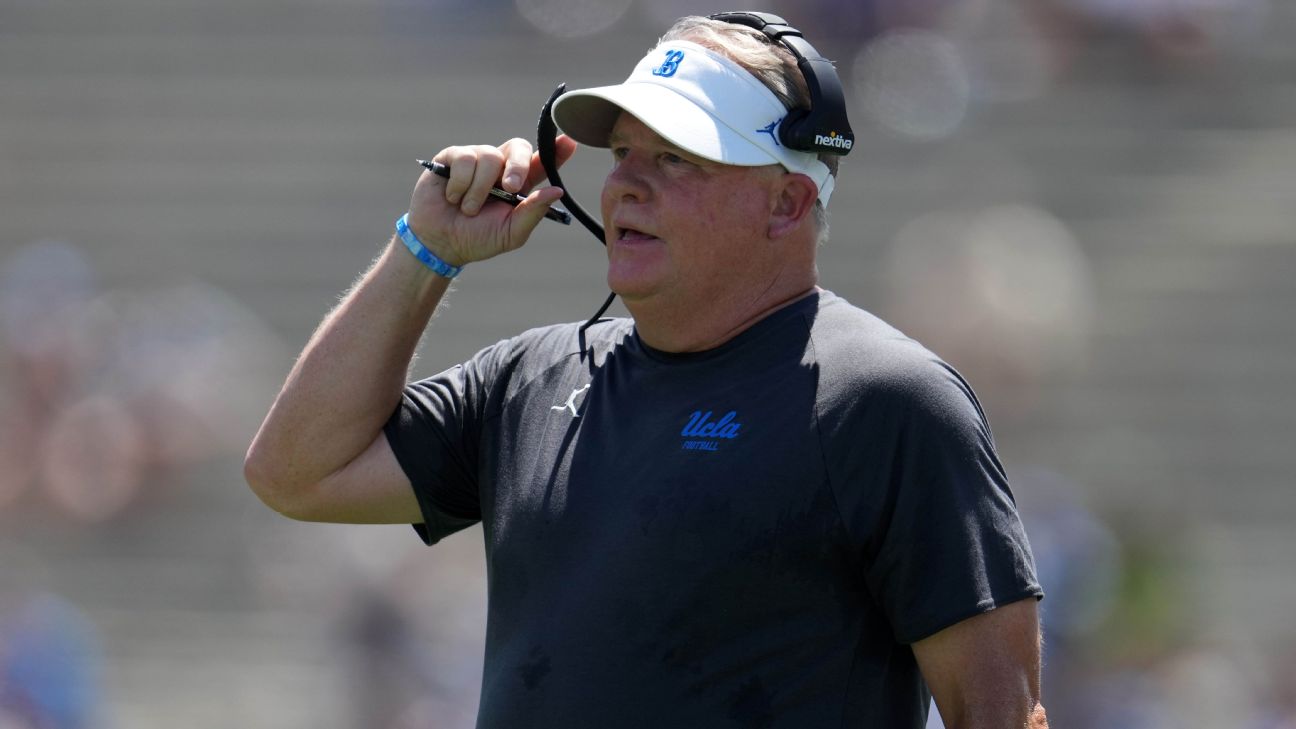 UCLA and football coach Chip Kelly have agreed to a four-year contract extension through the 2025 season, the school announced Friday.

"This new contract represents the commitment, stability and investment needed to continue the upward trajectory of our football program,"athletic director Martin Jarmond said in a statement. "Since joining UCLA, our football team's winning percentage has increased every year, including increased momentum in recruiting and strategic use of the transfer portal."


The extension comes a day before Kelly's buyout was set to drop to $0, as he entered the final year of his initial deal. The new contract will pay Kelly an average of $4.7 million annually, a source told ESPN. Including incentives, Kelly could make $23 million ($5.75 million per year) over the course of the contract, sources told ESPN's Chris Low. His salary in 2021 was $5.6 million.

UCLA has posted a 18-25 record in Kelly's four years. The Bruins' 8-4 record in 2021 was their first winning season since Kelly replaced former coach Jim Mora in 2018.


"We are extremely appreciative of the entire UCLA administration for their support of our football program," Kelly said in a statement. "We have a tremendous amount of gratitude for our players and staff. Their tireless work, and commitment to our vision has built a great foundation. We are excited to continue to build this program into something that makes the UCLA fanbase proud."