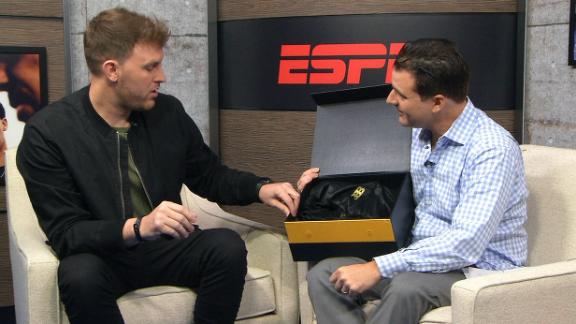 Lonzo Ball's debut signature shoe, the Big Baller Brand ZO2 Prime Remix, has finally arrived after six months of anticipation. Much has changed since the initial unveiling of the infamously priced $495 sneaker. Ball is now the starting point guard for the Los Angeles Lakers, he and father LaVar have continually risen in awareness and visibility, and perhaps most importantly, an entirely new shoe was created and delivered to customers who preordered the initial release.

It's obvious that Big Baller Brand has put extra effort into the first thing you'll see: the box itself. There's a faux-reptile exterior featuring a matte gold BBB stamp on top, a magnet-fastened lid and a velvet lining along the inside. All are upgrades over your typical cardboard boxes that signature shoes are normally packaged in.

Each of the ZO2 sneakers are tucked neatly into a black suede slip bag. It's a nice touch often seen in high fashion footwear packaging, and rarely used for performance basketball sneakers. LaVar Ball has been outspoken in saying that the pricing of the Big Baller Brand footwear is meant to live between the $190 tier of retro Air Jordan models and the $600+ range of luxury designer shoes.

When it was announced and unveiled that the ZO2 Prime design was being "replaced," almost instantly people were drawing comparisons to the midsole and silhouette incorporated into the Rare Metal model from upstart company BrandBlack. Shortly after, it became known that BrandBlack and Big Baller Brand were indeed working together in a formal capacity, through a creative agency offshoot dubbed Santa Ana Designs.

Upon taking each shoe out of the suede slip bag, the "Santa Ana" text is the first thing to catch your eye, not the more subtle "BBB" logo along the heel. It's a curious move, giving the design agency so much real estate at the forefoot of the shoe, when the primary focus of the brand to date has been on Lonzo and LaVar.

Another part of the design that jumps out is how Lonzo's circular logo on the tongue is mostly obstructed by the laces. The original ZO2 design featured a prominent logo on the heel, which made for great visibility during the two games that Ball wore the shoe during the NBA's Summer League. It might be worth looking at incorporating his logo in more visible areas of the shoes on future designs.

On the brand's website, the updated ZO2 Remix design was framed as being a "legendary upgrade" to the original Lonzo shoe. In hand, the similarities to the $110-priced Rare Metal are impossible to ignore. The ZO2 Prime Remix uses an identical shape, with the same veering tongue height and collar. Big Baller Brand claims that Lonzo's shoe is the "first hybrid height shoe," but of course, it's the same collar shape seen on the Rare Metal. The midsole and outsole are identical parts. From that standpoint, it's hard to fully justify the $495 tag.

The brand's claim that the ZO2 Prime Remix is "one of the lightest basketball shoes in the history of the game" also seems to be a reach. Adidas has launched three Crazy Light sneakers that all clocked in under 10 oz., with the lightest at 9.5 oz., a major innovation at the time of their release in 2011. The Rare Metal shoe is listed at 11.07 oz., with the ZO2 Prime Remix feeling exactly the same in hand.

Lonzo's footwear hasn't stood out on TV, as the colorway he's often wearing is all black. Up close, there's a good mix of materials, though, between the use of a lightweight ripstop mesh, a textured reptilian synthetic and the molded carbon fiber support piece on the heel. The carbon fiber piece is well executed and typically an expensive component seen only in recent basketball sneakers priced above $180.

The shoe might be less about substance and more about hype, anticipation and the unprecedented marketing of Big Baller Brand. It's well-made and likely performs well on court (the Rare Metal shoe that it drafts from has received positive reviews from basketball players). More than anything, it's impressive that Big Baller Brand declared a shipping date earlier this spring, having never produced a sneaker, and collected south of a thousand pre-order sales. The ZO2 Prime Remix shipped to customers this week, "as promised," and is now fully packaged in a commendable effort, bringing LaVar's vision to fruition. 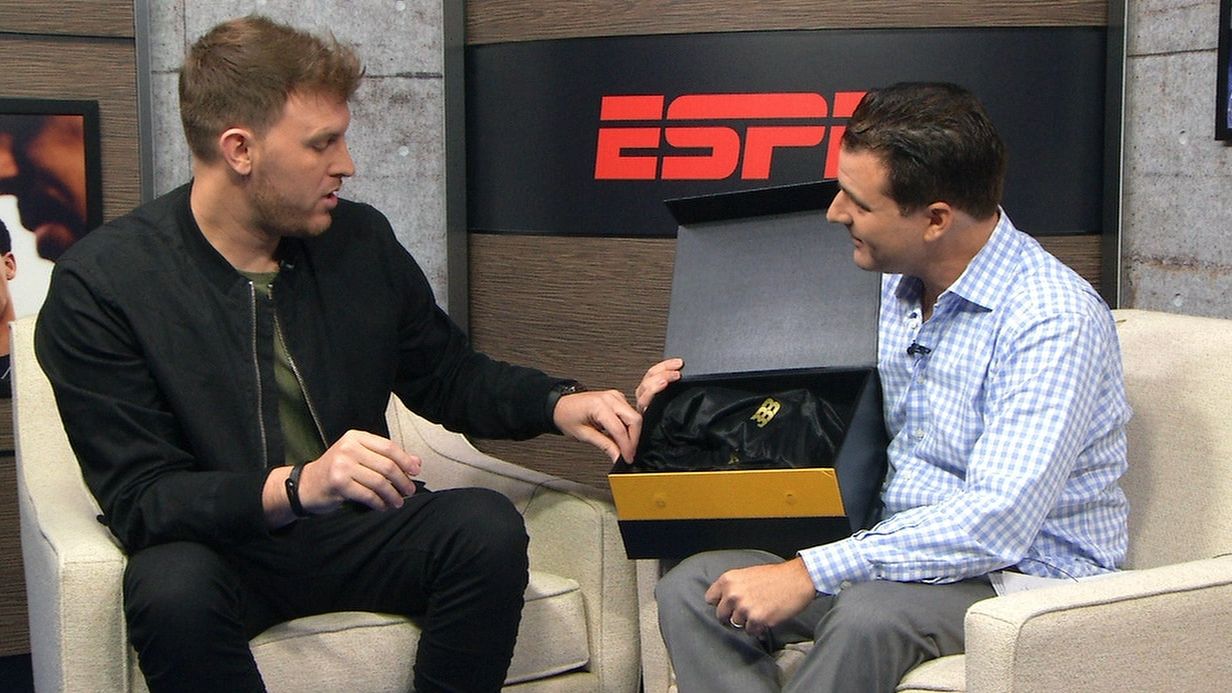