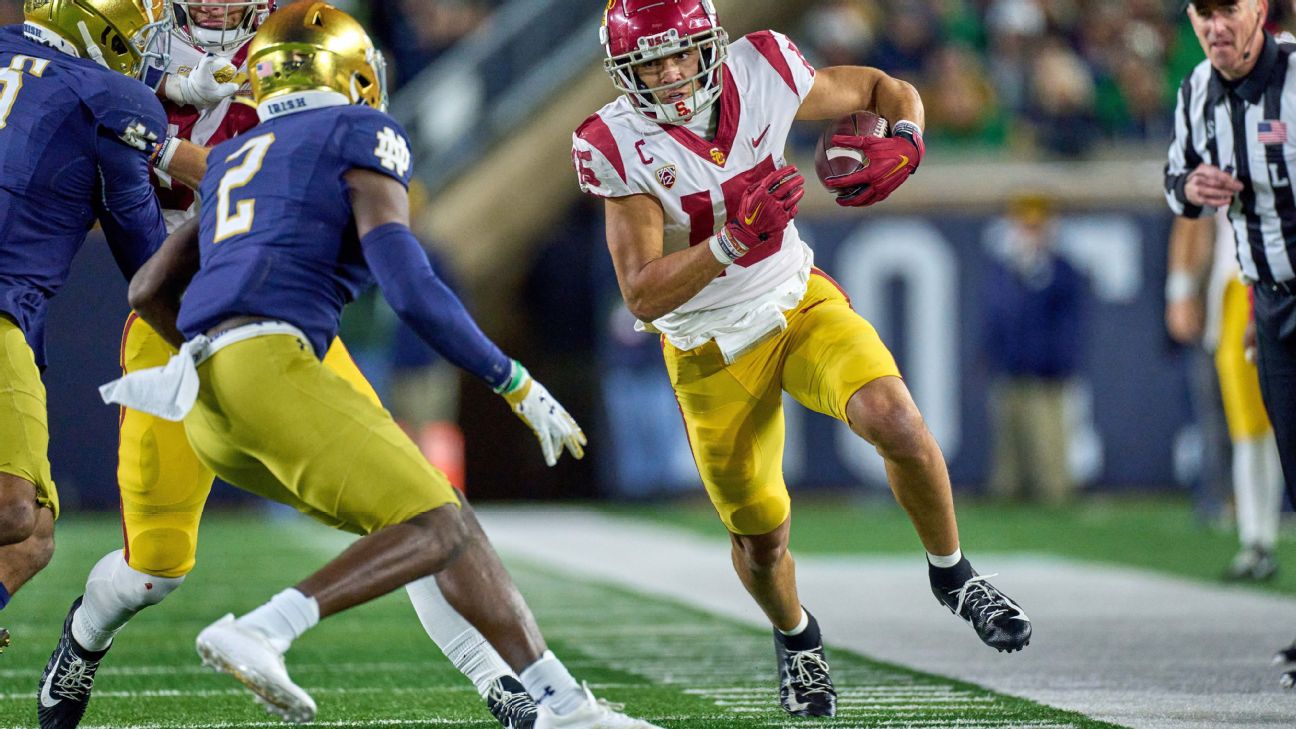 USC's Drake London, widely considered one of the best wide receivers in college football this season, announced Wednesday that he would be forgoing his senior season and declaring for the 2022 NFL draft.

"It's been a true blessing to compete as a Trojan over the past three seasons," London wrote in a statement addressed to "Trojan Family" and posted to Twitter. "You welcomed me with open arms and I will forever be grateful for the love you've shown me. I will never forget our time together and all the people I've forged lifelong bonds with. To my coaches and teammates, thank you for pushing me each and every day. I would not be in the position I am today without you all.


"I will forever be a Trojan and cannot wait to represent the best brotherhood in the NFL. Fight On!"

London is No. 7 overall on Mel Kiper's latest Big Board, as well as his No. 2-ranked receiver. At one point this season, London was as high as the No. 4 overall prospect on Kiper's board. The junior wideout leaves USC having amassed over 2,000 receiving yards with 15 touchdowns in three seasons.

"I never saw it when I got here," London told ESPN back in October of his success and NFL future. "I thought I was just gonna be a role player, in the background, just learning from the older guys. But [coaches] threw me in the fire and ever since then, I've been looking at it like, this could be real, this could be possible. And now that [this season] is going on? It's definitely a surprise."

After suffering a fractured ankle during USC's eighth game, London sat out the rest of 2021. He totaled 1,084 receiving yards on the season to go along with eight touchdowns and a slew of highlight catches that made him one of the most exciting players in the game.


Before getting injured, London was on his way to being a finalist for the Biletnikoff Award, given to the nation's top wide receiver. Earlier this week, he was voted Pac-12 Offensive Player of the Year despite missing the back half of USC's season.

London arrived at USC in 2019 as a two-sport athlete playing both basketball and football. Last December, he made the decision to focus exclusively on football. London, who played both sports and ran track at Moorpark High School in Southern California, has drawn comparisons toTampa Bay Buccaneers receiver Mike Evans, who also played basketball in high school.

"He's a giant with incredible ball skills," USC offensive coordinator Graham Harrell said of London. "There's not many of them out there, and he's one of them." 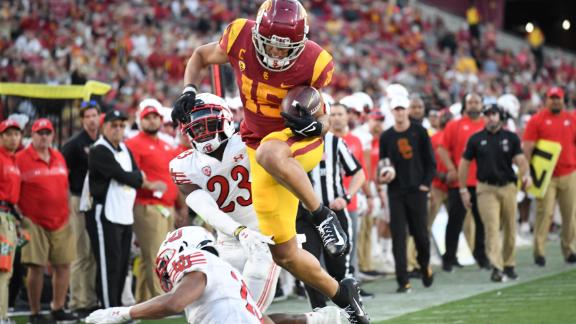