Vindictiveness, validation and what-ifs: The two sides of the Khalil Mack trade 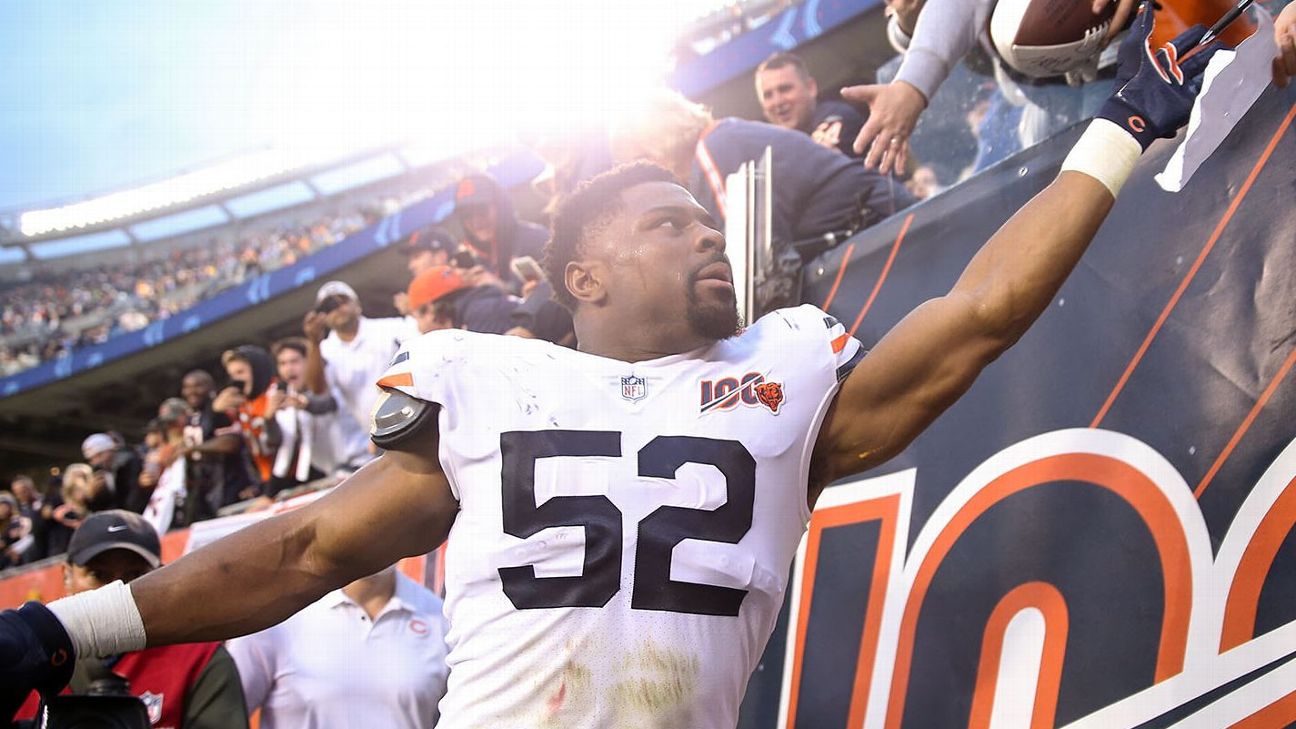 Khalil Mack said this weekhe expected to be an Oakland Raider for life. In reality, Mack didn't finish his first contract in Oakland and never played a game for coach Jon Gruden.

Sunday, in London, Mack will face his former team for the first time. Only 11 Raiders who played with Mack in Oakland remain on the roster, but Mack's shadow hangs over his former team while his star has grown brighter in Chicago.

Raiders: A massive trade and everything that came after

Raiders quarterbackDerek Carr insists he has dunked on Mack in his swimming pool. Says he could beat him in a footrace, too.

That was in those days when Carr and Mack were tied together as 2014 draft picks and twin pillars of what seemed to be a bright future for the Raiders. But this Sunday, Carr will try to evade an oncoming Mack as the Raiders try to escape his long shadow.

Because every time Mack strip sacks a quarterback, every time he wrecks an opposing offense's game plan, heads swivel to Jon Gruden. And why not?

It was the Raiders' coach who famously, or infamously, said pass-rushers were hard to find after Oakland traded away Mack.

From the Raiders' perspective, they traded a franchise cornerstone who was holding out (he was due $13 million on his fifth-year option) and had no intention of playing for the Raiders in 2018 despite the team twice offering him contracts that would have made him the highest-paid defensive player in NFL history at the time, because Aaron Donald was also in negotiations with the Los Angeles Rams.

The Raiders had feted Carr with a five-year, $125 million extension in the summer of 2017. With Mack's success in Chicago and the Raiders' free fall, many fans with 20/20 hindsight wondered if Oakland paid the wrong guy. Since the start of the 2018 season, Mack has 17 sacks and 10 forced fumbles while the Raiders have 18 sacks and eight forced fumbles ... as a team.

Trading Mack was not on Davis' radar until shortly before the day the trade happened.

"My thought was, 'Listen, he signed a five-year contract, if he's the type of guy that I think he is, he's going to honor that contract,'" Davis recalled. "And he's going to come in and play for the $13 million for this year and then we'll work for him during the year and get it. Word came back through certain players that know him and talk to him and know me as well, that he wasn't going to come in. He was going to do the Le'Veon Bell [season-long holdout]. At that point, I said, 'F it. The guy hasn't talked to anybody. We've got to do something.'"

Mack turned $13 million into $90 million guaranteed with his six-year, $141 million extension with the Bears. The Raiders used that first-round pick on running back Josh Jacobs.

And still, for the second year in a row, the Raiders lost a game-changing player the week before the season opener with wide receiverAntonio Brown's flameout and release.

That went over with fans about as well asthe hard-to-find-pass-rushers comment.

But in the Raiders' locker room, there was bemusement over the prospect of facing a former team captain.

Right guard Gabe Jackson, sidelined with a knee injury since training camp, channeled his inner "Goodfellas" when he said it will be "funny" to see Mack on the other side.

Running back DeAndré Washington echoed the "funny" line and said he was, ahem, looking forward to a blitz pickup with Mack bearing down on Carr.

"I'm going to make sure I eat a little bit more that week so I get my weight up," Washington laughed. "Nah, it's going to be fun, though. He's a hard competitor, and I know, for me, he'll bring out the best in me, for sure."

Good luck with that.

Mack has also excelled in games under the lights, with a combined five sacks, six QB hits and six forced fumbles in six regular-season prime-time games for the Bears. Sunday's game kicks off at 6 p.m. London time (1 p.m. ET). Considering his team won the NFC North a year ago and began the season as a Super Bowl favorite, he has had a lot more opportunities since leaving Oakland.

"I know he's excited," safety Karl Joseph said. "Probably have a little extra chip on his shoulder, you know?"

Bears: Validation for a megawatt superstar

Mack smiled softly when a reporter wondered whether the All-Pro has feelings of vindictiveness toward the Raiders.

"Vindictiveness -- I like that word," Mack said with a grin.

Bitterness is probably the best adjective to describe Oakland's emotions.

And as odd as it seems, when Mack came to Chicago, it all but punched the Bears' postseason ticket. The pair of first-round picks and additional compensation Chicago surrendered to the Raiders was a small price to pay in order to acquire a generational pass-rusher.

"I'd say [the trade worked out] pretty good," Bears coach Matt Nagy said. "That's keeping it rather light. There's a lot of things we knew that we were getting with Khalil.

"... It'd be crazy for me to say that what Khalil has done since he's gotten here isn't absolutely beyond being special. The guy, he's a game-wrecker. He's a multiplier. He's everything that we look for in a playmaker. He makes us a much better team."

The Bears are built around the defense. Under venerable defensive coordinator Vic Fangio, the Bears finished in the top 10 in points per game (ninth) and yards per game (10th) in the season prior to Mack's arrival.

With Mack on board, Chicago's defense ranked top-five in points per game (first), yards per play (first), yards per game (second), forced fumbles (third), interceptions (first) and total QBR (first) throughout the 2018 season and entering Week 4 of the 2019 season combined, per ESPN Stats & Information tracking. And with quarterback Mitchell Trubisky out with a shoulder injury and the Bears' struggling offense led by a backup QB, the Bears' defense takes on an even bigger importance.

That Bears' defense is littered with Pro Bowlers, but none measure up to Mack.

"He just, from an athletic standpoint, a lot of guys can't bend like that and then stay on their feet," current Bears defensive coordinator Chuck Pagano said. "He's gumby-ish. Rubber-band man, I don't know. He's just a freak. When you look up freak in the dictionary, there's probably Khalil's picture there."

And Mack is just as effective on plays he doesn't officially show up on the stat sheet.

"I think through the course of the four ball games and the amount of plays that he's played," Pagano said, "... a regular human being, regular football player would be 40 to maybe 50 percent on plays whether he had a tackle on it, an assist or whatever, or didn't, you know, because he wasn't at the point of attack.

"[Mack is] in the low 80 percentile, which is off the charts. You would want a ratio for a middle linebacker that's in the middle of the defense, run and pass, you'd want him to be involved in one or two of every four, five plays. ... [Mack] being on one side of the defense or the other, they're going to do everything to tend to him, take care of him in the run game and the pass game, and he's still affecting 80 percent of the plays, one way or another. It's off the charts."

Oakland's sellers' remorse must be off the charts, too.

The clear winner in the Mack trade -- Mack.

The trade allowed Mack to join a better team at his desired salary. After Mack's 2018 offseason holdout, the Bears inked Mack to a monster extension almost the moment the deal became official. With that the Bears are contenders with a true superstar leading the way while Mack got everything he wanted and proved what he's worth.

"You can't play this game with too much emotion, man," Mack said. "Ultimately, I try to stay focused on the task at hand and understanding the situation and understanding what they're going to be thinking that I feel. But ultimately, I'm going to go out there and do what I do, and that's play football and love the game that I play. You know what I mean?"

So, maybe vindictive isn't the right word. Maybe it's validation. 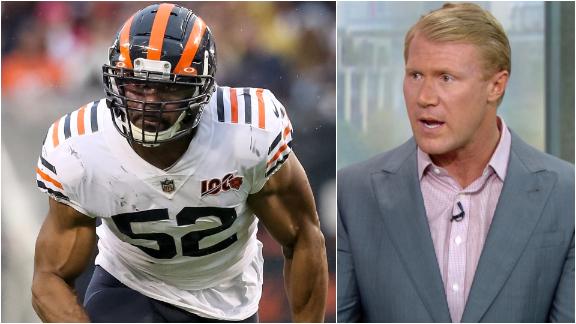 Carpenter predicts Mack plays great vs. Raiders
Bobby Carpenter is expecting a huge game from Khalil Mack against his former team, the Raiders, in London. 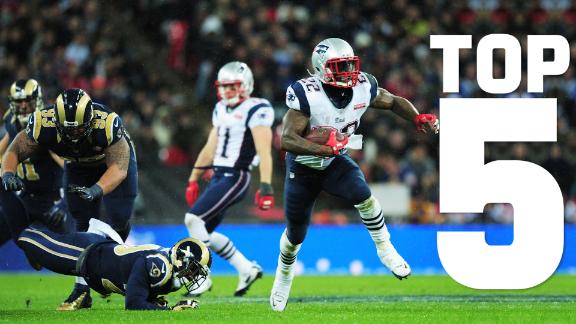