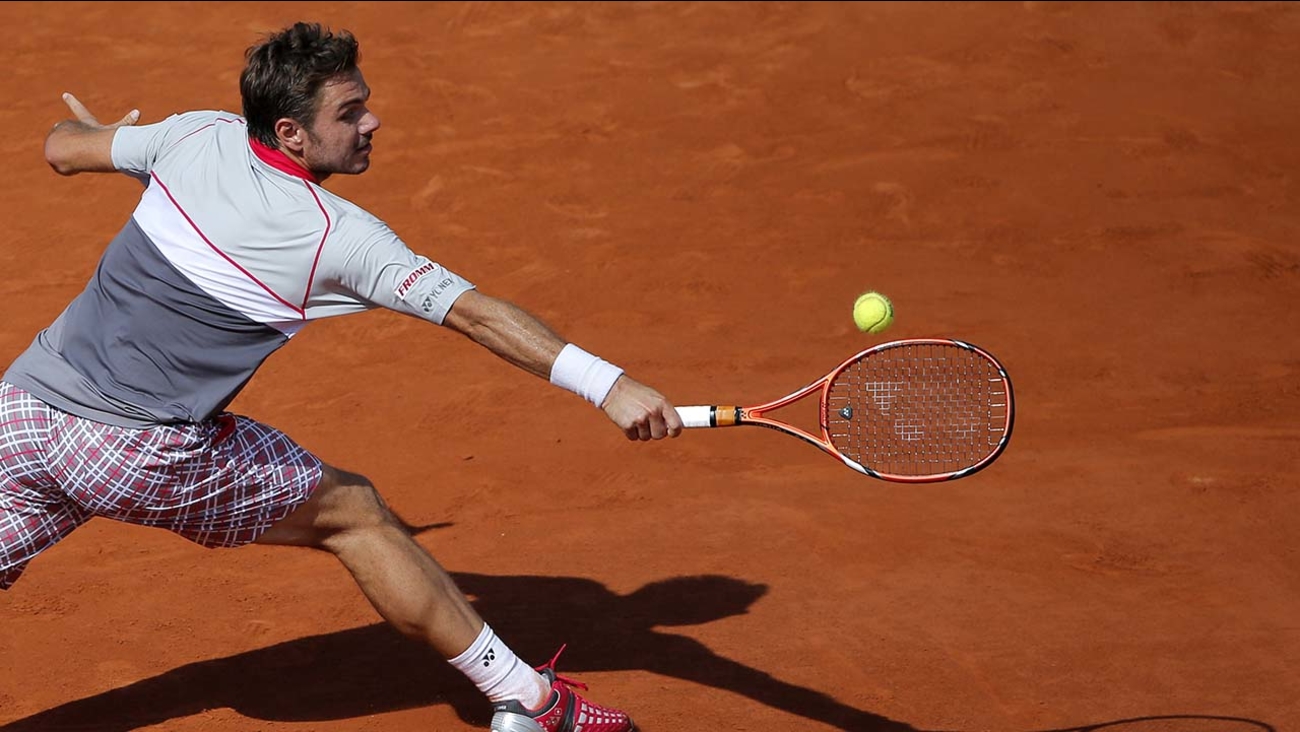 The eighth-seeded Wawrinka, so long in the shadow of his Swiss Davis Cup teammate and pal, Roger Federer, collected his second major title after last year's Australian Open.

In doing so, Wawrinka put a stop to Djokovic's 28-match winning streak and left the 28-year-old Serb ruing another close call at Roland Garros. This was the third time in the last four years that Djokovic lost in the final at the clay-court tournament, the only major title he has never won.

This one ended, fittingly, with a down-the-line backhand winner from the 30-year-old Wawrinka. That's his best stroke and considered among the best in the game. He tossed his racket overhead, then met Djokovic at the net for a hug.

Wawrinka, who earned 1.8 million euros (about $2 million), was making his 11th French Open appearance, equaling Federer and Andre Agassi for most attempts before winning it.

This was also Djokovic's 11th French Open, and he has so far been unable to clutch the trophy he so dearly desires. He has won eight Grand Slam titles, with five at the Australian Open, two at Wimbledon and one at the U.S. Open.

He's made quite clear how much it would mean to him to become the eighth man in tennis history with a full complement of at least one title from each major tournament. Djokovic has now lost in the semifinals or final seven times, including the last five years.

In 2012 and 2014, losses in the final came against nine-time champion Rafael Nadal. And while Djokovic finally managed to clear the considerable hurdle that Nadal presents by defeating him in the quarterfinals, this time it was Wawrinka who stood in the way.

And he was too good, using the same brilliant one-handed backhand and booming serves that eliminated Federer in the quarterfinals.

After Djokovic appeared to be climbing back into the match by racing to a 3-0 lead in the fourth set, Wawrinka reeled off six of the last seven games. He broke to within 3-2 when Djokovic netted a forehand on a 31-stroke exchange, one of many lengthy points in a terrifically played match.

Wawrinka got another break, the final one he'd need, for a 5-4 edge, with - yes, of course - a down-the-line backhand winner, then served out the victory.

He had lost 17 of his past 20 matches against Djokovic but was better on this sunlit afternoon.
Related topics:
sportsu.s. & worldtennis
Copyright © 2021 by The Associated Press. All Rights Reserved.
TOP STORIES
LAUSD to require COVID-19 testing for all students, staff
CDC document warns Delta variant spreads as easily as chickenpox
Lakers to acquire Russell Westbrook, ESPN reports
Great Park dropping reference to Orange County in its name
Garcetti signs plan to restrict homeless camps
Dodgers finalizing deal to acquire Scherzer, Turner
Video: Fight breaks out on 60 Freeway in Ontario after crash
Show More
How to convince someone to get the COVID-19 vaccine
Downtown LA venues welcoming back concert fans
Lawsuit filed by families of 9 killed in accident off San Diego coast
Scarlett Johansson sues Disney over 'Black Widow' release
Deputy shoots suspect at end of chase in Colton
More TOP STORIES News