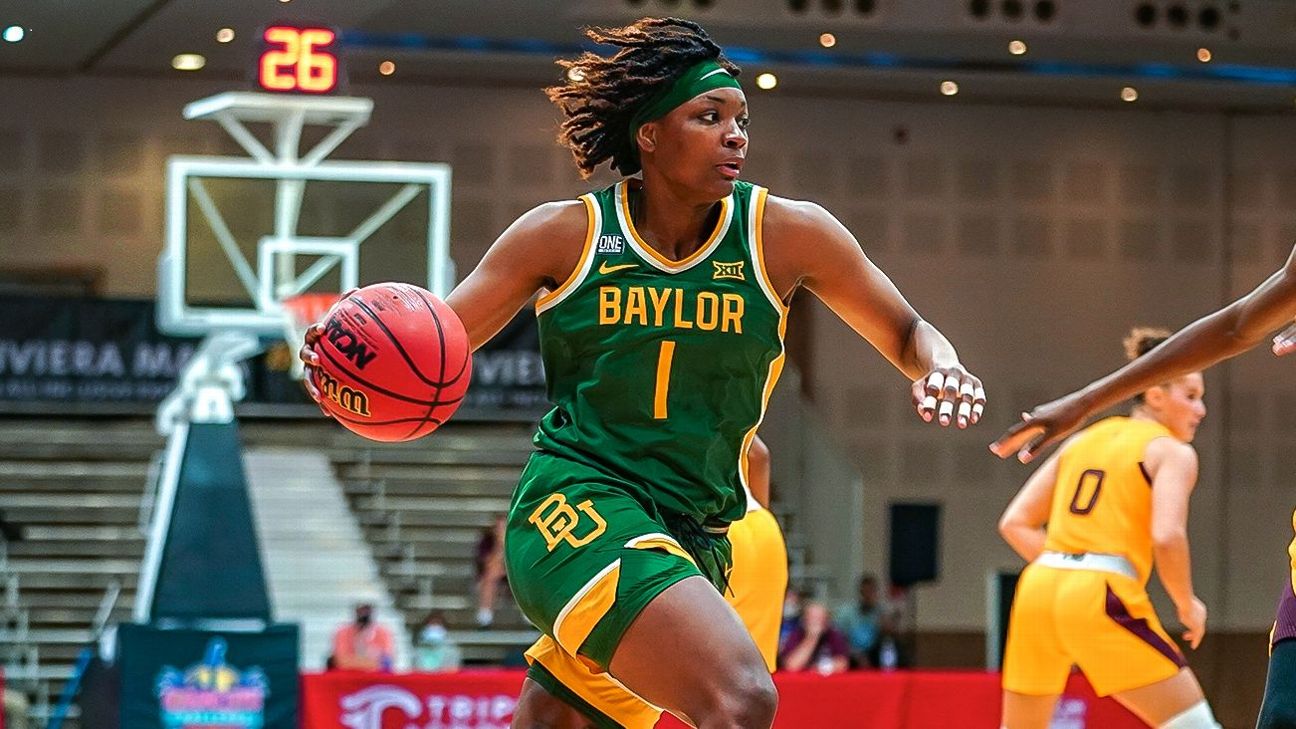 The big smiles from guard Natasha Cloud and coach/general manager Mike Thibault told the story of Sunday's WNBA draft lottery. For the first time since 1999, the Washington Mystics will pick first in the draft.

The Mystics defied the percentages to get the top selection in the 2022 WNBA draft, since they had the third-best odds. Cloud was in the ESPN studio representing the Mystics, with Thibault joining the broadcast remotely. The 2021 Mystics missed the playoffs for just the second time in the last nine years.


Indiana had the best odds, but the Fever will pick second. The franchise has never had the No. 1 pick.

For now, our mock draft includes only seniors, although there are some draft-eligible juniors, such as Kansas State center Ayoka Lee and Florida Gulf Coast guard Kierstan Bell, who might enter the mix in subsequent updates.

The 2021 WNBA rookie class for the most part struggled to make an impact for a variety of reasons, including injuries and the fact that they need more time to develop as pro players.

This season, there are some prospects with high ceilings -- perhaps not a guaranteed franchise-changer like we saw with 2018 top pick A'ja Wilson, but players with the ability to make a difference in 2022.

Let's take a look at how the first round might shape up.

Thibault talked about going after the best overall player, and that could be the 6-foot-2 Howard. Does she have the mindset and consistency to become a franchise-changing force? She wouldn't have to be that right away, if Washington is healthy for 2022. Howard likely would have been the top pick last year had she been eligible for the draft. She seems to have a pro-ready game and could learn a lot from the veterans in Washington.

Just because they don't have the top pick doesn't mean the Fever won't get a really good player. And they need it, big-time. Lauren Cox, Indiana's pick at No. 3 overall in 2020, was released last season and went to Los Angeles. Kysre Gondrezick, who the Fever took at No. 4 in 2021, played in 19 games and then took a personal leave of absence.

However, Baylor's Nicki Collen, former coach of the Atlanta Dream, said Sunday she would like to see Smith go first to Washington.

"Thibault is a genius," she said. "He knows how to use versatile kids in multiple ways."


The Dream are under a new coach (Tanisha Wright) and general manager (Dan Padover) as the franchise tries to remake itself after a challenging past few years. So it's a little uncertain right now exactly what Atlanta will be looking for.

But we know the 6-5 Austin is a very good defensive player, averaging 2.1 blocks and 2.1 steals per game. Her scoring average (14.2 PPG) and shooting percentage (45.9) are down from last season, but that might reflect her efforts to expand her range.

Hillmon has become one of the more consistent scoring forwards in the college game, and she has shot 60.2% from the field during her career. But at 6-2, there are questions about how effective she will be with limited range. By the same token, the ability of Dallas' current guards to spread the floor could make Hillmon a good fit to join the Wings' post game.

"She's just such a high IQ player," said Michigan coach Kim Barnes Arico after Hillmon had 15 points and 10 rebounds in Sunday's 74-68 victory over Baylor. "She's an incredible worker and an incredible kid. She's going to thrive at the next level."

Cunane is a strong presence on the low block who has shot 54% from the field and nearly 80% from the line in her career. And Cunane shoots the 3-pointer just enough -- she has made 36-of-88 (40.9%) in her career -- for that to be an asset at the next level, too. Cunane doesn't block many shots but is still a strong defensive player. She could give the Liberty size, strength and another target inside.

Burrell suffered a knee injury on Nov. 10 in the Lady Vols' season opener and hasn't played since. Tennessee said it isn't an ACL tear but has been vague about the exact nature of the injury. Coach Kellie Harper said there might be more clarity next week. Still, the 6-1 wing, who averaged 16.8 PPG and 4.6 RPG last season, has shown when healthy that she has WNBA-level talent.

Henderson is also currently injured but is expected back. Her quickness, ability to run the point, get to the rim and shoot from behind the arc could make her a good candidate to join the defending WNBA champion Sky.

At 6-0, Westbrook has good size for a true perimeter player and already has the maturity level of a pro. With all of UConn's injury woes, Westbrook has been the most consistent and calming presence. Her 10.6 PPG, 4.1 RPG and 4.1 APG show her ability to always find ways to help the Huskies. And players chosen from UConn have worked very well for the Lynx.

Joens is a flat-out scorer (20.2 PPG), and she also leads the Cyclones in rebounding (9.5). The obvious comparison for Joens is another former Cyclone, Bridget Carleton, who is also a 6-1 guard/forward who was the driving force in Iowa State's attack. Carleton didn't make much impact as a WNBA rookie in 2019 but found a niche the past two seasons with the Lynx.

The up-and-down nature of Williams' performance at UConn has been a frustration for her. But Williams at her best is a guard with speed and size who can play downhill. When she's also hitting 3-point shots and is engaged defensively, Williams is a game-changer. The Fever already have impactful guards, but if Williams is still available this late, they might not want to pass on her.

Coach Bill Laimbeer likes savvy, tough defensive guards, and Burton is a two-time Big Ten defensive player of the year for the Wildcats. She has averaged 11.9 points, 4.6 rebounds, 4.5 assists and 3.2 steals in her career and could be a good addition for an Aces team that fell short in the semifinals this past season.

The 6-1 Hull can do everything well -- score, pass, rebound, defend -- and she could give the Sun another 3-point option and big-guard threat. 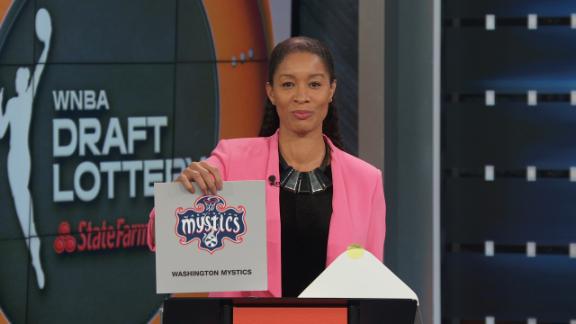