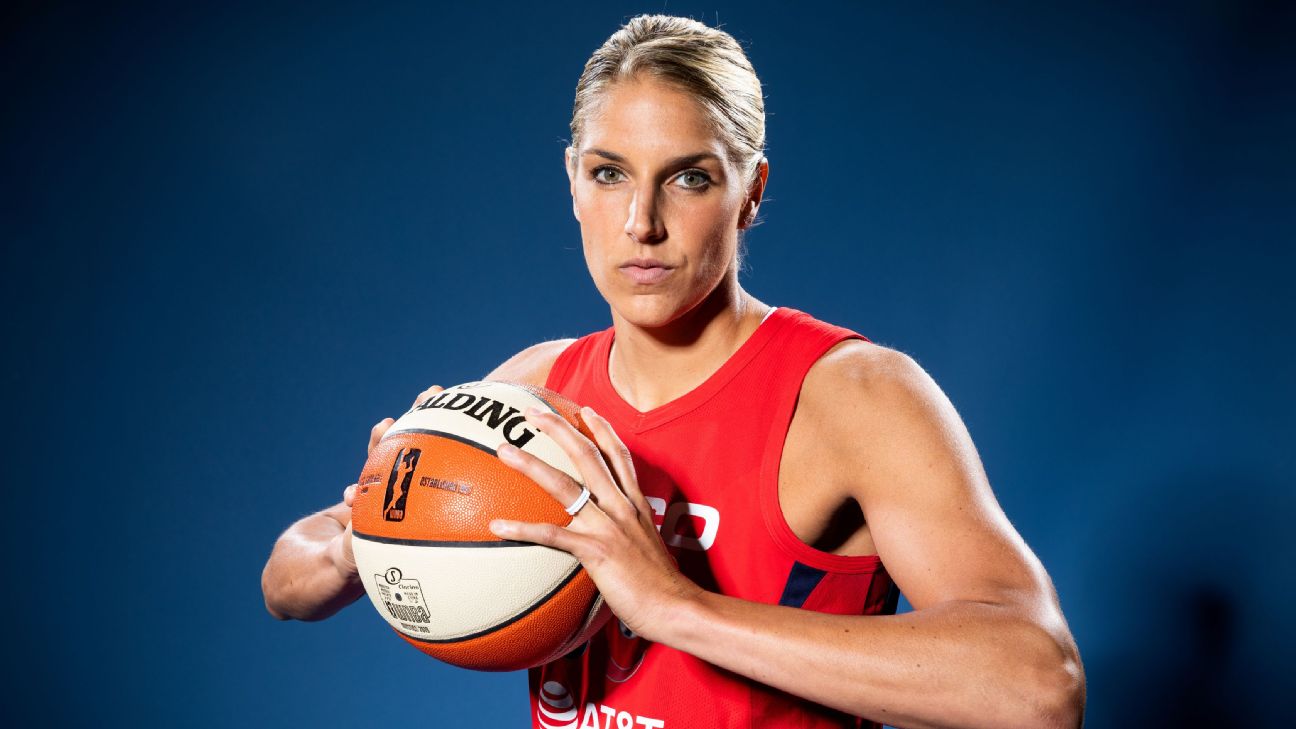 Mike Thibault has been at this a long time. He started his WNBA coaching career in 2003 after more than 20 years in coaching, scouting and front-office work in men's professional basketball. He knows that just because things appear good on paper doesn't mean it will work out.

Still, if you're looking for a team that comes into the WNBA season with momentum and not many question marks, it's Thibault's Washington Mystics. Could this be the year, at last, that the Mystics win their first championship?

If they stay healthy, the Mystics -- along with the Los Angeles Sparks and Las Vegas Aces -- should be one of the top contenders when the WNBA's 23rd season opens Friday. And because several other teams are facing some big questions, Washington might be a little ahead of the game.

"It's a very long offseason; it's tough to wait for it," Thibault said. "But as soon as you start getting near the draft, and know camp's not too far away, everybody gets excited. And when you have a good team coming back and you see the potential -- and you know that you can grow from the experience you had last year -- we have a lot to look forward to."

Washington reached the WNBA Finals for the first time in 2018 but was swept 3-0 by the Seattle Storm. Part of that was there just didn't seem to be any stopping the Storm last season. But Delle Donne wasn't close to 100 percent, playing despite a knee injury suffered during the semifinals. That she played at all was impressive.

So as disappointed as the Mystics were by the sweep, what they accomplished in 2018 has lingered in a positive way.

"I think it's carried over a lot," Thibault said. "It has formed their concentration and desire to be good in their offseason workouts. It means we are starting from a different point, but the players know they're also starting with a target on their backs, too. I don't think it will bother them, but the nature of the league is that it's so good. You have to be prepared every game."

Up until mid-April, the defending champion Storm were the front-runners. Their repeat chances seemed good until 2018 WNBA MVP Breanna Stewart suffered a torn Achilles tendon overseas in the EuroLeague Championship game.

Even more than Maya Moore's February announcement that she would not play this season for the Minnesota Lynx, Stewart's injury changed this year's WNBA championship conversation. It's not that Moore's absence won't also be felt, but four-time champion Minnesota's first-round playoff loss last season was already a sign the Lynx were starting a transition mode.

Moor's being gone as she focuses on social-justice work, her faith and her family gives the Lynx a chance to figure out a different identity without her. And it gives her a break from basketball, which even last season it was evident she needed.

Back surgery for the Phoenix Mercury's Diana Taurasi and a hamstring injury for Los Angeles' Candace Parker take two other former MVPs out for at least part of this season, and the Atlanta Dream's Angel McCoughtry is still rehabbing the knee injury that cut short her season last August.

Yet the Mercury and Sparks are still teams you easily can see playing well and then making a run at the championship when their stars return. The Dream nearly made the WNBA Finals last season even without McCoughtry -- they fell 86-81 to the Mystics in Game 5 of the semifinals -- so they can't be counted out, either.

The Connecticut Sun lost their leading scorer from last season when Chiney Ogwumike recently was traded to Los Angeles, but the Sun got used to playing without her in past years, too, because of injuries.

The Sun are talented but need something good to happen in the postseason to build on. Connecticut hasn't won a playoff game since Thibault was let go as their coach following the 2012 season, missing the postseason from 2013 to 2016 and losing to Phoenix in the single-elimination second round the past two years.

Last week's trade of center Liz Cambage from the Dallas Wings to Las Vegas began a new era for both teams. For the Wings, it meant the end of a star-crossed, eight-year attachment to Cambage, dating to when the franchise was in Tulsa and drafted her No. 2 in 2011. It was an always-strained relationship that wasn't satisfying for either side, as she played just 86 games for Tulsa/Dallas during that time, one of those in the playoffs.

Now she's off to a fresh start with the Aces, who are in their second season in Las Vegas and became title contenders when that deal went through. Last year, the Aces missed the playoffs, along with the Chicago Sky, the New York Liberty and the Indiana Fever. Of those three teams, the Sky seem closest to getting into the postseason this year.

But as Thibault will point out, it's not as if any of the 12 teams is a walkover. And the Mystics also will face the challenge of losing Meesseman for June as she goes back overseas to play for Belgium in the European Championships. Also, Aerial Powers starts the season sidelined for two to four weeks by a leg injury. And the Mystics' first-round draft pick, No. 10 Kiara Leslie, had arthroscopic knee surgery earlier this month and could miss the season.

"The bottom line is we're probably going to be playing short-handed all year," Thibault said. "The biggest problem is June, when Emma is gone. The good part is she'll be back here for the most crucial part of the season."

As much as there has been a lot of buzz about the players who won't be playing for part or all of this WNBA season, Thibault doesn't think it will take long before the focus is on who is in action.

"There are so many good players in the league, and the teams are fun to watch regardless," he said. "Obviously, it hurts when you lose good players. But there are up-and-coming teams. And once we get going and have high-quality games, I don't know that we'll be talking about who's not playing as much."
Report a correction or typo
Related topics:
sportsespnwnbalos angeles sparkswashington mysticslas vegas acesespnw sportsespnw
Copyright © 2020 ESPN Internet Ventures. All rights reserved.
More Videos
From CNN Newsource affiliates
TOP STORIES