The Lakers honored the change on Friday with a video highlighting the team's greatest moments under the Staples Center name.
KABC 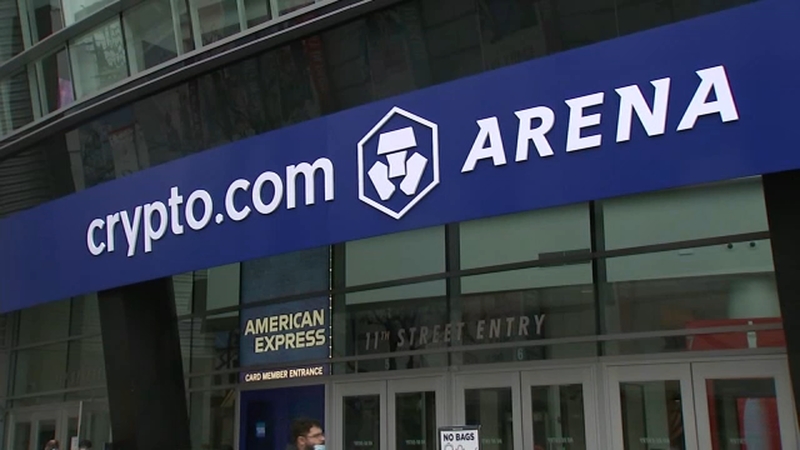 LOS ANGELES (KABC) -- Christmas Day marks a new beginning for the Los Angeles Lakers as they prepare to play their first game inside the newly-branded Crypto.com Arena.

The team lost to the San Antonio Spurs on Friday 138-110 in the final event at Staples Center under the 22-year-old arena's original name.

The building is changing its name to Crypto.com Arena on Christmas under what's believed to be the richest naming rights agreement in sports history.

The cryptocurrency platform and exchange is paying more than $700 million over 20 years to put its name on an arena that has hosted countless major sports and entertainment events since it opened in 1999.

Signs, advertising boards and innumerable smaller details have been changed at the arena to erase the Staples Center name, which has sentimental meaning to L.A. sports fans who have equated the name of an office-supply retail chain with the center of the basketball universe for more than two decades.

The Lakers recognized the attachment and honored the name change on Friday with a pregame video highlighting the team's greatest moments in its arena.

Fans got a commemorative ticket and a gold T-shirt replicating the first shirt given away by the team at this arena during the 2000 playoffs.

Here's to our favorite stories, and to the ones yet to be written. pic.twitter.com/mqzBfyxRLA