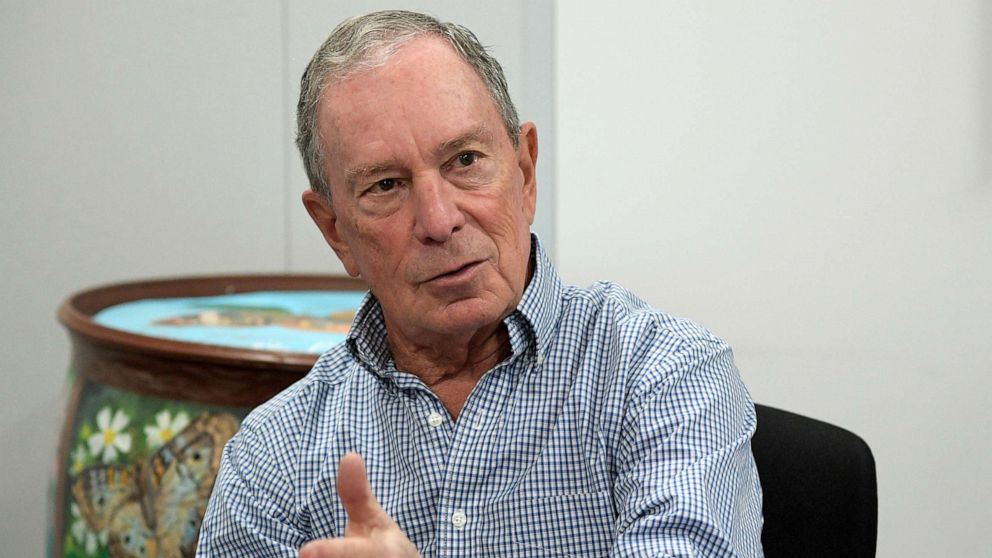 If the billionaire businessman joins the race, it would be widely viewed as a statement on former Vice President Joe Biden's viability and whether he can defeat President Donald Trump in 2020, according to ABC News Political Director Rick Klein on "Start Here."

"[Biden] has had a lot of trouble raising money and people have been concerned about his candidacy," he says. "This I think will underscore those concerns."

House Democrats released a transcript of the closed-door testimony from George Kent, a deputy assistant secretary at the State Department, who said President Donald Trump's personal attorney Rudy Giuliani conducted a "campaign of slander" and "lies" against the U.S. ambassador to Ukraine, Marie Yovanovitch.

"He is basically painting a picture of this Rudy Giuliani-led rogue diplomacy in Ukraine," ABC News' Trish Turner tells the podcast.

Both Kent and Yovanovitch are among the key witnesses set to testify in public hearings next week as Democrats prepare to present their case for impeachment.

"Democrats have a really tough job ahead of them right now," says ABC News Senior Editorial Producer John Santucci. "They are going to try to keep these hearings under control... [and] make it digestible for the American people."

New York firm Aventura Technologies is accused of selling security equipment made in China with false "Made in the USA" labels to U.S. government agencies, according to federal prosecutors who said the products had known cyber vulnerabilities.

"The American military relies on products being what they are and not being potential spy vehicles for China," ABC News' Aaron Katersky tells "Start Here" today. "We know that the United States already has concerns about China infiltrating sensitive American technology. This may have given them an actual camera into some sensitive spots."

'Landed right in their living room': A single-engine airplane flew into a home in California on Thursday morning, killing the pilot in a fiery crash.

'Very disturbing': A 25-year-old mother in central California has been arrested and charged with the murder of her stillborn child after officials detected high levels of methamphetamine in the baby's system.

'Hope is that we find her alive': The mother of a missing 5-year-old Florida girl is no longer cooperating with investigators' search efforts, authorities said Thursday.

'Very serious matter': More than 2 million pounds of chicken products were voluntarily recalled over concerns they may be contaminated with "extraneous" materials, specifically metal, according to the U.S. Department of Agriculture's (USDA) Food Safety and Inspection Service.

'7 Ways Impeachment Could Shape The 2020 Election': Given that there are three months until the Iowa caucuses and the official kickoff of voting season - aka, political consequences time! - we've been thinking about the various ways that impeachment might affect each party's 2020 electoral prospects.

Avi Gupta, a teen "Jeopardy!" champ who took home $100,000 over the summer, has donated part of his earnings to cancer research in honor of "Jeopardy!" host Alex Trebek, who revealed his stage 4 pancreatic cancer diagnosis back in March.

"It was a dream come true earlier this year to finally join [Alex] on the 'Jeopardy!' stage in the 'Jeopardy!' teen tournament," Gupta began. "And I'm honored to be able to make this donation to the Knight Cancer Institute to support him and the millions of other people suffering from pancreatic cancer across the world."
Report a correction or typo
Related topics:
abc newsnational
Copyright © 2020 ABC News Internet Ventures.
More Videos
From CNN Newsource affiliates
TOP STORIES