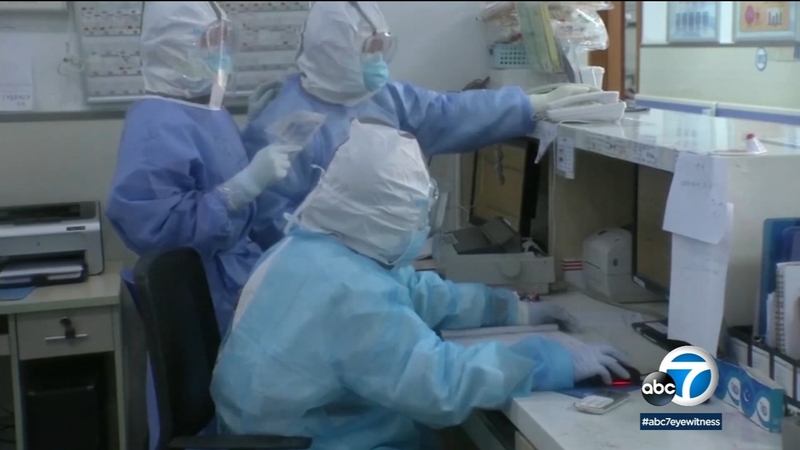 The state's stay-at-home order for Southern California was originally set to expire Monday, but with ICUs reporting almost no available capacity, it is likely to be extended well into 2021.

The stay-at-home order was imposed on any California region where available capacity in intensive-care units dropped below 15%. The original order was set to last three weeks, expiring Dec. 28.

But Southern California's ICU capacity stands at 0% as hospitals strain under a continuing increase in new patients.

To exit from the stay-at-home order, a region has to move back to at least 15% ICU capacity. After hitting that mark, projections must predict the region will stay at that level for at least another four weeks before the order can be lifted.

"It is likely that the Regional Stay at Home Order will extend for many regions in California," state health officials said in a statement released Saturday. "Regions must remain under the Regional Stay at Home Order for at least three weeks and shall continue until ICU capacity projections for four weeks from the day assessed are above or equal to 15%."

One person is now dying from COVID-19 about every 10 minutes in Los Angeles County, according to local officials.

Hospitals are scrambling to make space for the influx of patients, but they say one of the more difficult challenges is not space, but simply having enough staff to provide proper care.

"It's very busy," said Dr. Umber Chohan, infectious disease specialist with Kaiser Permanente. "The emergency rooms, the hospitals, the ICUs. It's very busy. The numbers are increasing. They're higher than anything we've seen in the past. They're double and triple what we saw the last time around."

Hospitals are setting up tents to use as emergency rooms as the COVID-19 pandemic puts unprecedented strain on the nation's health-care system.

Another concern is a new strain of the virus that has been observed in the United Kingdom. It is described as 70% more transmissible than earlier strains. Los Angeles officials say as the city remains a hub for international travel, it won't be surprising to find that new strain here.

The nation has now recorded more than 18 million confirmed cases and nearly 120,000 hospitalizations.

California has recorded more than 2 million cases, with 23,983 deaths.

Despite the worries, there is light at the end of the tunnel.