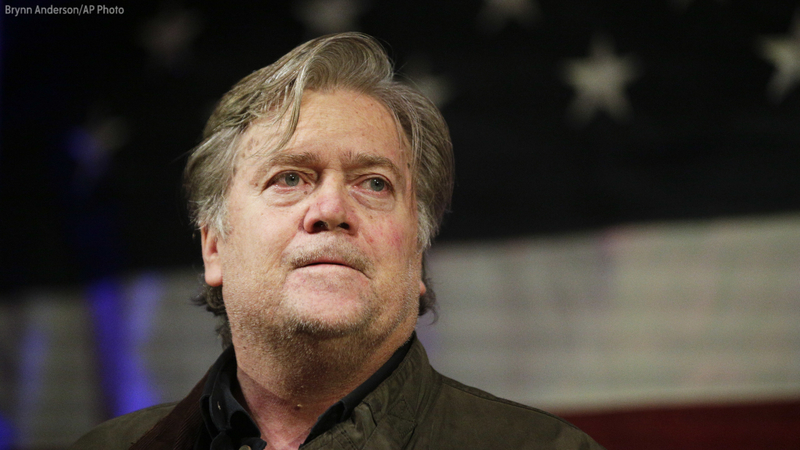 The rise and fall of Steve Bannon

Amid a feud with the White House caused by his comments in the controversial book "Fire and Fury: Inside the Trump White House," Steve Bannon has stepped down from his post as the head of Breitbart News Network.

Bannon worked as the far-right news site's executive chairman since 2012, taking a break from 2016-2017 to serve as a part of President Donald Trump's campaign and in his cabinet.

According to ABC News, Bannon holds master's degrees from Georgetown University and Harvard Business School. He served in the Navy as an officer for seven years starting in the late 1970s, according to the Washington Post.

In the late 1980s he worked as a banker at Goldman Sachs and later launched a boutique investment bank.

Following the death of Breitbart founder Andrew Breitbart in March 2012, Bannon was appointed as chief executive. His role as a leader at Breitbart made him a major figure and promoter of the alt-right movement, according to ABC News.

Exactly one year after he began working for the Trump campaign, Bannon resigned from his chief strategist position. He returned to his role at Breitbart following his resignation.

On Wednesday, Jan. 3, several quotes from Bannon critical of the Trump administration in Michael Wolff's "Fire and Fury: Inside the Trump White House" were released. He was quoted as saying Donald Trump Jr. participated in a "treasonous" meeting with a Russian lawyer who promised dirt on Trump's opponent Hillary Clinton.

The president's attorney's sent a cease and desist letter to Bannon and a public rift was created when the president released harsh comments criticizing his chief strategist.

The next day on Jan. 4 it was reported that Breitbart stakeholder and billionaire Republican donors the Mercer family pulled their financial support of Bannon.

On Jan. 7, after five days of silence, Bannon expressed regret for his "delay in responding to the inaccurate reporting regarding Don Jr. has diverted attention from the president's historical accomplishments in the first year of his presidency."