Surveillance video shows one of the suspects attempting to make a sale to distract the homeowner.
KABC 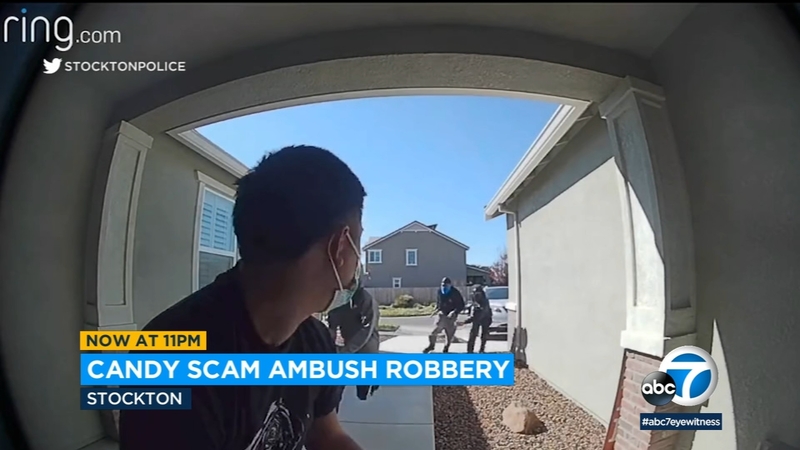 STOCKTON, Calif. (KABC) -- A group of men posed as candy vendors to rob a home in Stockton, according to police, and the ambush was all caught on video.

According to the Stockton Police Department, it happened Tuesday afternoon at a home on Joplin Lane.

The video posted on Twitter shows one suspect speaking to the homeowner, attempting to make a sale.

He is seen wearing a mask and holding a box of candy.

At one point, the homeowner appeared to have made a purchase, but seconds after the homeowner gives the suspect money, three other suspects appear into the frame and rush into the home.

According to police, the suspects were armed and got away with several of the homeowner's personal belongings.