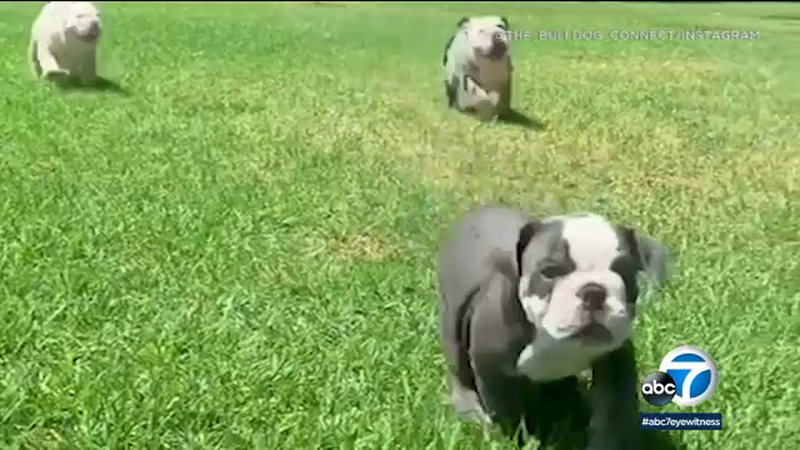 ANAHEIM, Calif. (KABC) -- The owner of five puppies said Tuesday his family was devastated after discovering their bulldogs were gone Monday afternoon.

Anthony Vasquez said he knew something wasn't right when he came home Monday afternoon to feed his two French and three English bulldogs.

"You know, they start barking and they want my attention. I didn't hear that and when I looked at their house the door was open and it was just weird because they have two locks - one in the top and one at the bottom - so they had to open it and it was from the outside," Vasquez said.

Vasquez's heartbroken eight-year-old son, Max Vasquez, had a plea for whoever had his dogs.

"Can you please bring my puppies back," Max Vasquez said.

Vasquez said he liked to share moments with his pets on social media and was often contacted by others in the bulldog community. He thinks he was targeted.

Vasquez's girlfriend, Rocía Lopez, worried those who have the dogs don't know about the puppies' medical needs, especially Peanut who they said has a heart condition.

Max said he just needed whoever has his dogs to understand they are more than friends.

Anaheim police said Tuesday they were investigating this as a theft and asked anyone with information to give them a call.