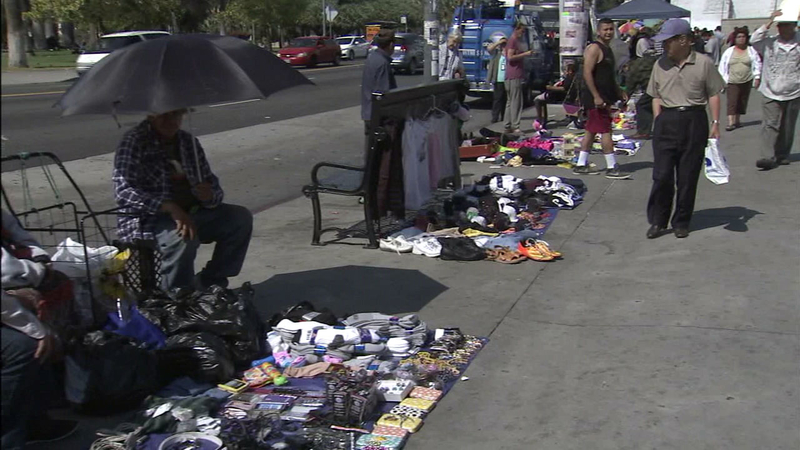 He is concerned that arrests of street vendors who are undocumented could lead to their deportation.

"Sidewalk vendors are a visible part of our communities and that makes them vulnerable to extortion, crime, prosecution, or even deportation under Trump's indiscriminate regime," Lara said. "Many restaurant owners got their start as sidewalk vendors, and the Safe Sidewalk Vending Act protects the women, seniors and immigrant entrepreneurs who are an asset to California's economy. Opportunity is not a crime."

Last year, a mother of four was arrested in Rancho Cucamonga for selling corn at a park. When she was released from jail, immigration agents detained her and she remains in custody undergoing deportation proceedings.

The city of Los Angeles is among a number of jurisdictions giving a second look to the street vending issue. LA bans street vending, but is re-examining the issue to determine whether to set up a permit system for vendors.