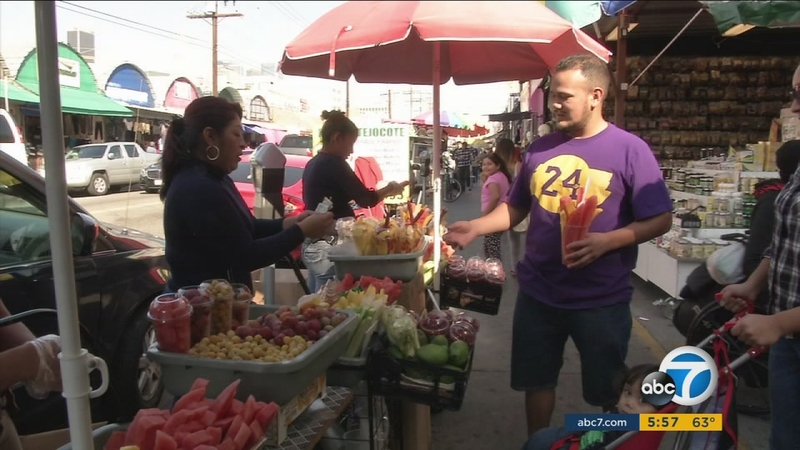 LOS ANGELES (KABC) -- A new plan to legalize street vending in Los Angeles would also bring new restrictions with it too.

The proposed legislation by the Los Angeles City Council would decriminalize, regulate and protect sidewalk vendors.

Council members added the move would not be a free-for-all policy, that there would be regulations and restrictions in place similar to the ones business abide by.

"We believe that street vending should be permitted in commercial and industrial zones with the limit of two per block," Los Angeles Councilman Curren D. Price explained.

City council said the move was needed in the wake of the presidential results.

"President-elect Trump, he has continued to instill fear in our immigrant community here in Los Angeles and this policy before us would do everything we can to decriminalize, remove the misdemeanor penalty and ensure that we support our entrepreneurs who are doing all they can to provide food on the table, support their families and boost our local economy," Buscaino said.

A street vendor ABC7 spoke to said he'd been arrested twice, and the policy was important to him because street vending was the only way he could support and feed his family.

On the other hand, a restaurant manager ABC7 spoke with said the policy would be unfair to brick and mortar businesses who pay higher taxes, rent and employees.