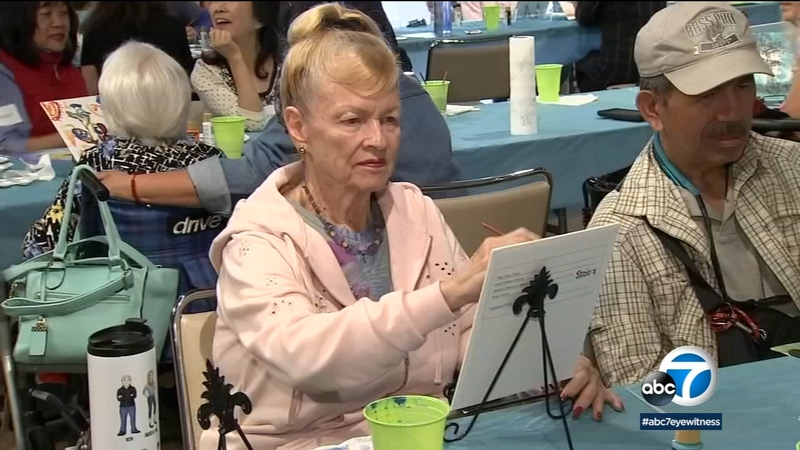 After a stroke, doctors say the brain does most of its healing during the first four months, but many survivors continue the recovery process well into the first or second year.

Creativity can play a huge part.

One morning, 78-year-old Joyce Davidson of Pasadena was having breakfast with her son.

Davidson was having a major stroke.

Her son's quick thinking got her to the hospital fast.

"They went in and removed the clot. The clot was in the carotid artery," she said.

Now 20 months later, Joyce is using a stroke of a very different kind to help exercise her brain.

The medical director of Huntington Hospital's Stroke Program, Dr. Arbi Ohanian said, "Any time you can activate those areas, you can exercise those areas, you're improving the ability to use those areas to pick up the lost function from the area that had the stroke. "

Ohanian said another major side effect of stroke is depression. Being with a group is therapeutic.

"From a social aspect it brings them alongside other stroke survivors. It allows them to see that they can be creative," said Ohanian.

"I painted something just abstract like birds trying to find a nest," Davidson said.

She is also spreading her own wings since she rarely paints.

Therapists say creating with color touches all the senses and at the end it's an accomplishment.

Davidson said, "It's nice. It's just lovely. It's just a nice connection."