Student athletes more likely to get concussions in games than practice: Study 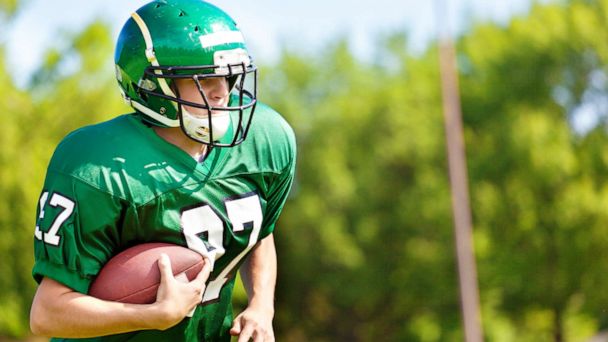 ABCNews
By ANGELINE JANE BERNABE
High school athletes are more likely to have concussions during games than in practice, according to a new study by the American Academy of Pediatrics.

In the new study, 20 high school sports, including football, wrestling, field hockey and cheerleading, were examined over the course of five years to see trends in concussion incidences and found that athletes were more likely to get concussions during games than practices.

"This is alarming since greater impact forces during the heat of competition may result in more severe head injuries and post-concussive effects over the short- and long-term," said Dr. Robert Glatter, an emergency physician at Lenox Hill Hospital in New York City, who was not connected with the study.

Glatter said, "The game of football is inherently dangerous and unpredictable, making the risk of serious head trauma, along with bodily injury, always a concern."

As a former sideline physician for the NFL's New York Jets, Glatter is no stranger to head injuries and has seen the effects firsthand.

"The pressure to perform and excel in competition may lead athletes to 'overplay' or push themselves beyond their natural capabilities, leading to a higher risk for head injuries and concussions," Glatter said.

For years, concussions have been a growing concern among student athletes, especially in high-contact sports, like soccer, where concussions are mainly posed by "heading," when players use their heads to control the ball to pass, shoot or clear.

Just last week, the Concussion Legacy Foundation compared football to smoking in a dramatic PSA video and said that kids who play tackle football at an early age versus later in their teen years are 10 times more likely to get CTE, or chronic traumatic encephalopathy, a brain disease common among former football players.

On soccer, he said, "While a recommendation to avoid heading exists for those under the age of 14, there seems to be no solid effort to make an all-out ban on this practice a reality anytime soon."
Report a correction or typo
Related topics:
abc newsnational
Copyright © 2020 ABC News Internet Ventures.
More Videos
From CNN Newsource affiliates
TOP STORIES