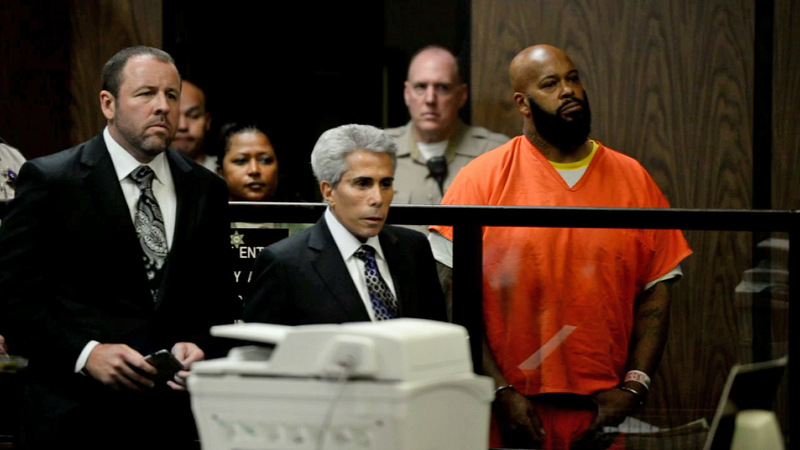 COMPTON, Calif. (KABC) -- Suge Knight was rushed to a local hospital after a "medical condition" shortly after pleading not guilty to charges Tuesday.

Wearing a county-issued orange jumpsuit, Knight, 49, appeared in court and pleaded not guilty to one count of murder, one count of attempted murder and two counts of hit-and-run, with an allegation that he committed a serious and violent felony while out on bail in another pending case.

Just after the hearing, Knight experienced chest pain and was transported to the hospital. No further information was available regarding his condition.

"I will at some point be able to respond to all of the questions you're asking. Now, this is just premature," said Knight's attorney, David Kenner.

Also after the court appearance, deputies investigated a shooting a block from the Compton courthouse at Laurel Street and Oleander Avenue. No victims or suspects were located.

The Death Row Records founder is scheduled to return to court on Monday for a bail review hearing, and a preliminary hearing was expected Feb. 19.

Knight is accused of intentionally running over two men with a pickup truck on Thursday following an argument in the parking lot of a Tam's Burgers in the 1200 block of West Rosecrans Avenue. Terry Carter, 55, was killed, and actor Cle Shaheed "Bone" Sloan, 51, was injured.

Attorney Michael R. Shapiro says Sloan is out of the hospital and is recovering with a mangled left foot.

"I think he's worried about, 'What's going to happen to my life, my career?' I don't know if he's going to walk again," Shapiro said.

Kenner says the incident was an accident, and Knight was trying to flee after being attacked.

Meanwhile, funeral services for Carter are scheduled for Saturday at noon at the First African Methodist Episcopal Church.