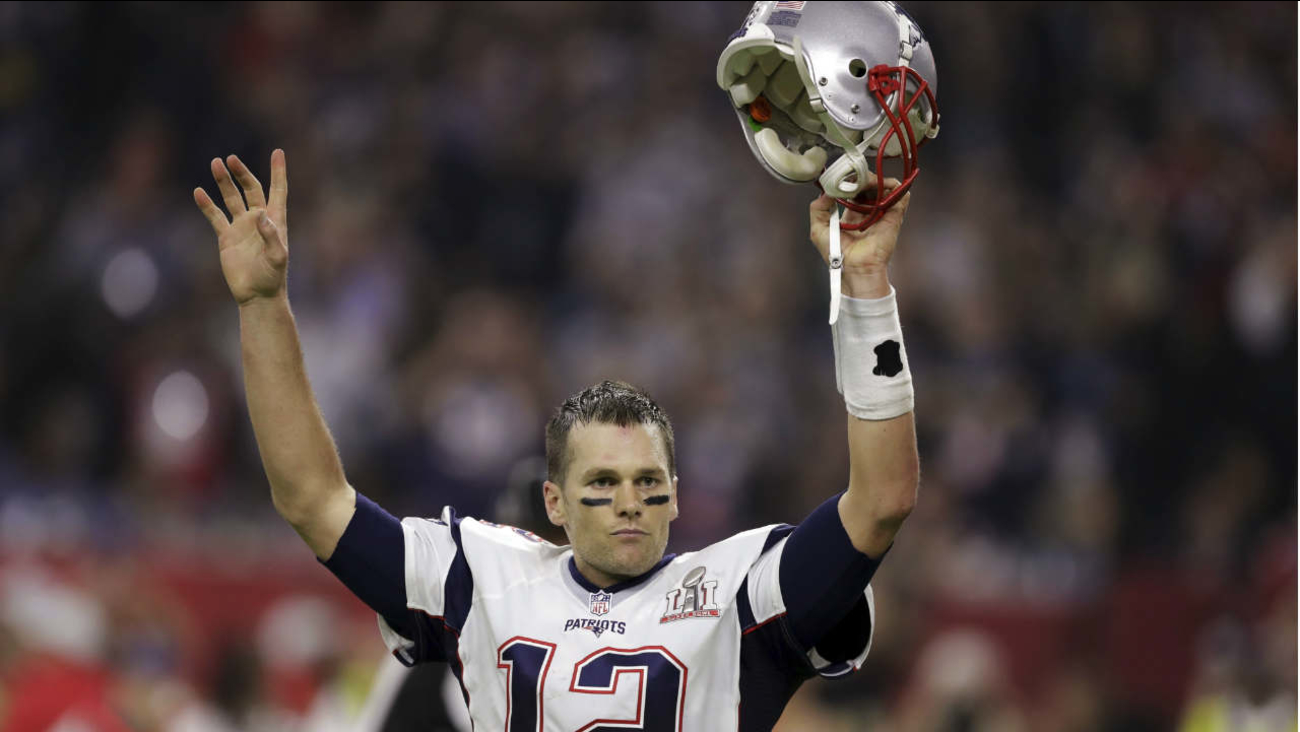 HOUSTON (KABC) -- The New England Patriots on Sunday came back from a four-touchdown deficit and defeated the Atlanta Falcons in overtime, 34-28, to win Super Bowl 51 at NRG Stadium in Houston.

James White's 2-yard touchdown run made for a sudden-death win after the Patriots scored 19 points in the fourth quarter.

With the victory, quarterback Tom Brady claimed his fifth Super Bowl ring -- the most in NFL history, and one more than Joe Montana and Terry Bradshaw, who each have four. New England had entered the game as a 3-point favorite.

It was the first championship game in NFL history to go into overtime, for which New England had the first possession after winning the coin toss.


"You know, we all brought each other back," Brady said in a post-game interview. "We never felt out of it. It was a tough battle. They have a great team. I give them a lot of credit. We just made a few more plays than them."

It was the 25th postseason win -- and another league record -- for Brady and coach Bill Belichick, who seemed to put the "Deflategate" scandal even further behind them.

Belichick's five Super Bowl triumphs are now more than any coach in the NFL.

The Falcons, led by league MVP Matt Ryan and wide receiver Julio Jones, were denied what would have been their first Vincent Lombardi Trophy in the franchise's second Super Bowl appearance.