Small businesses hit with backlog issues amid supply shortage: 'We are way behind'

One store owner said this is a completely different situation than what he experienced at the beginning of the pandemic.
KABC
By Rob McMillan 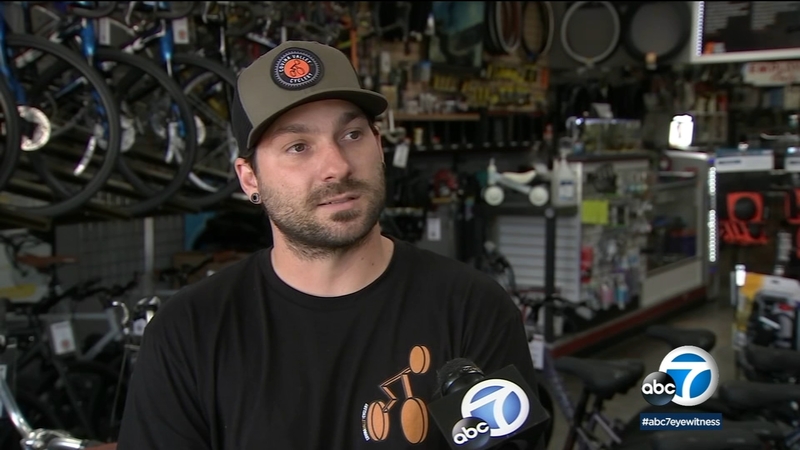 Small business owners say they're 'way behind' due to supply shortage

COVINA, Calif. (KABC) -- A global supply shortage, in addition to a backlog of ships waiting to drop off containers at the Port of Los Angeles, is making it difficult for Southern California store owners to keep up with customers' demands.

At Covina Valley Cyclery, the store owner said it's a completely different situation than what he experienced at the beginning of the COVID-19 pandemic.

"About a year ago, everybody wanted a bicycle. This whole store was completely empty," said owner Cameron Adcox.

But even though his showroom is now filled with stock on hand, Adcox points out that many of those bicycles were actually ordered at the beginning of the year. He said he has ordered more than 300 bicycles from one company, but believes only about 17 of them will arrive in time for Christmas.

"If you want to come in and order a bike, those are pushing two years out right now," he said. "So, it's very difficult to get bicycles."

Adcox said perhaps an even bigger problem at his store is the lack of parts available for his employees to repair the bikes.

"Tires, tubes, chains ... anything that would be on a used bicycle is not available," he said. "We've had some bikes here, two or three weeks right now, waiting on parts."

Not far away from Adcox's shop, the owner of The Fret House said he's facing similar challenges keeping his guitar store adequately stocked with products.

"I talked to [the owner of] a company who makes guitar cable ... he's having a tough time getting wire for the gauge that he needs," said owner Tom Seymour. "I talked to a company in China, and they're down to 60% of their work force. They're having trouble getting workers."

Seymour said the problem is even worse for the manufacturers of electric guitars.

"They've had some problems acquiring some capacitors and other electronic components for those guitars," he said. "So, we are way behind our normal stock of those instruments depending on what's available."

While some economic and logistics experts feel the supply shortage could last for another year, Seymour said from what he sees in his store, he has hope that things will get better sooner rather than later.

"Things are starting to come along, but I'm not sure they'll be there by Christmas," he said.