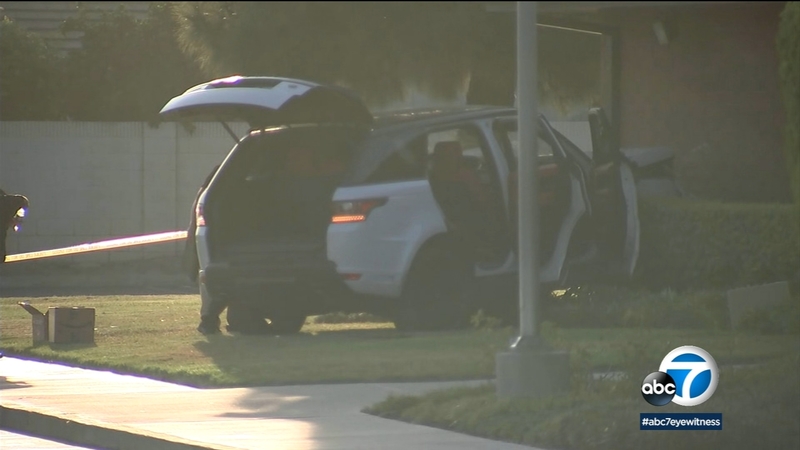 WESTMINSTER, Calif. (KABC) -- One person is dead after a police chase and officer-involved shooting in Westminster Thursday, police said.

Westminster police responded to the 10000 block of Bolsa Avenue at about 3:39 p.m. to assist Garden Grove police with a shooting.

The chase ended in the area of Bolsa Avenue and Brookhurst Street. An unmarked police vehicle was at the scene with body damage and a civilian Range Rover appeared to have bullet holes and windshield damage.

Witnesses said a car was speeding on Bolsa Avenue with a pair of Garden Grove officers trailing behind.

It appeared the Range Rover smashed through a brick wall at the parking lot of a church in the area and then hit the side of a building.

"I heard five quick shots, then I heard a really loud boom, and when I got there, there's was a big hole in the block wall at the back parking lot of the church," said the church's security guard, Henry Naliielua.

It appeared there was a collision, a burst of gunfire and the car went through a wall, coming to a stop up against the church.

Naliielua said he watched as police approached the driver with guns drawn.

"One officer yelled out, 'Let me see your hands.' Nobody moved in the vehicle," he said.

The driver did not survive. An autopsy will determine if gunshots or the impact of the crash killed him.