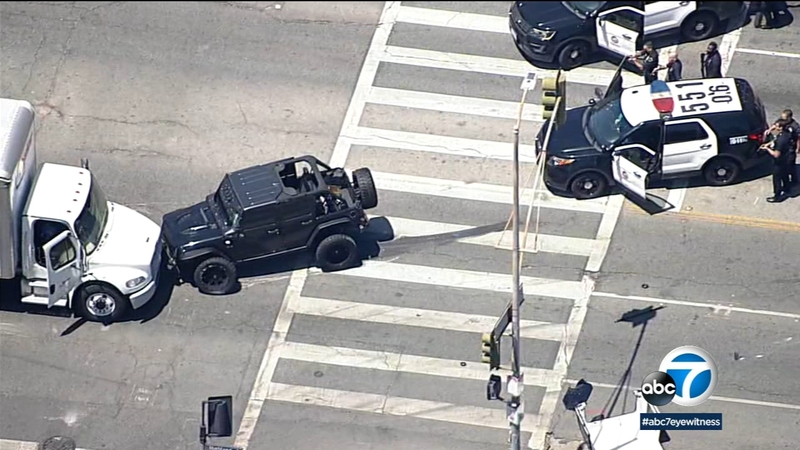 HOLLYWOOD (KABC) -- A pursuit suspect was taken into custody Friday afternoon following a tense standoff at the end of a chase in the Hollywood area.

The pursuit ended when the driver of a Jeep ran into a box truck at the intersection of De Longpre and Highland avenues around noon.

The suspect seemed unwilling to surrender to officers at that point and attempted to flee despite significant damage to the car, which appeared to be a broken tire axle.

In an effort to stop that, officers rammed the back of the Jeep with a patrol unit, pinning the suspect in place.

The situation remained static for about half an hour as officers attempted to coax the suspect out. Shortly after 12:30 p.m., officers approached the vehicle and pulled the driver from the Jeep.