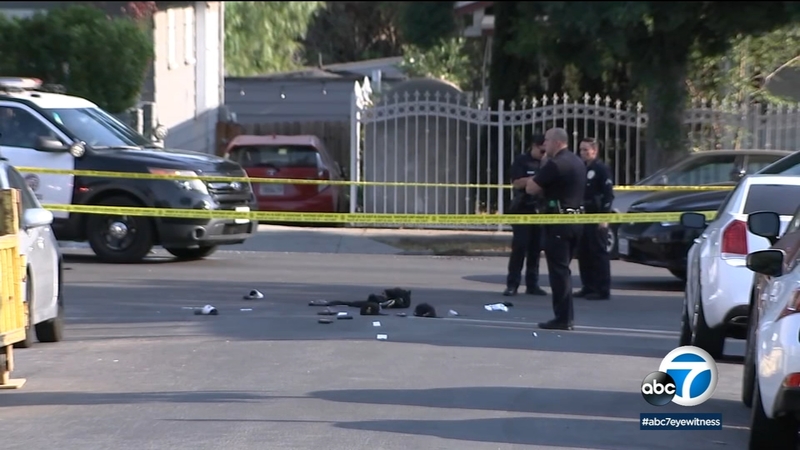 HIGHLAND PARK, LOS ANGELES (KABC) -- A suspect was killed and a security guard was wounded after a gun battle erupted outside a Highland Park marijuana dispensary Thursday afternoon, according to police.

Los Angeles police says an argument between the dispensary's security guard and two suspects led to the shooting around 4:40 p.m. outside the Green Earth Collective near the intersection of York Boulevard and Campus Road.

One of the suspects was killed in the shooting, and the security guard was transported to a hospital with critical injuries after getting shot, according to LAPD.

The second suspect was unharmed and taken into custody.

Witnesses in the area ran for cover.

"My wife said that she believed the security guard was shot and there were two people shooting back-and-forth," said Highland Park resident Charlton Pardo.

A weapon was seen lying in the middle of the street as authorities continued investigating into the night.

It is unclear what sparked the initial argument.

Residents say the marijuana dispensary has been an ongoing problem in the neighborhood. They say there have been numerous assaults outside the store, cars vandalized and there is little they can do.

"We've been complaining about every aspect of the store since they showed up," resident Zachary Schaffer said. "They add nothing to the neighborhood except traffic and crime and filth."