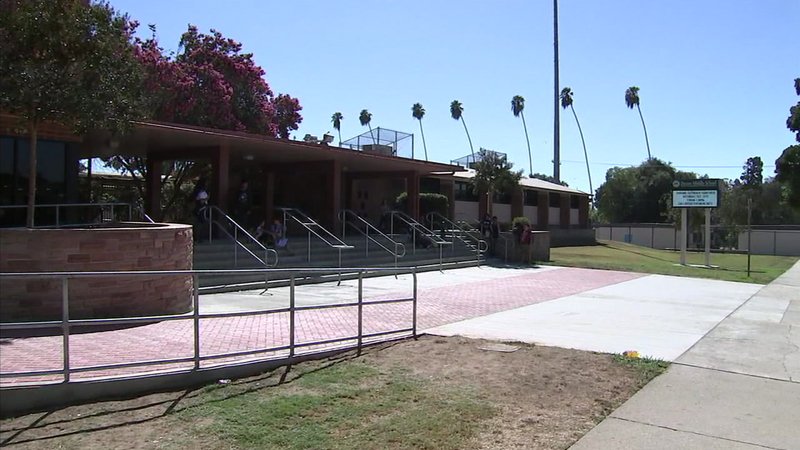 Suspect sought for exposing himself to Whittier middle school students

WHITTIER, Calif. (KABC) -- Police are looking for a suspect who allegedly exposed himself to students at Dexter Middle School in Whittier.

Whittier police said the incident occurred Thursday morning while students were attending their physical education class on the track behind the middle school.

Five 12- to 14-year-old boys were exposed to the suspect, who was standing on the Whittier Greenway Trail, a trail connected to the track, but separated by a chain-link fence, officials said.

Whittier police said they do not have a sketch of the suspect as they continue their search.

"Student and staff safety is our priority. As soon as the incident took place, there was a teacher who was within 20 feet of the situation," Maria Martinez-Poulin, superintendent of the Whittier City School District, said. "She gathered the children, brought them to safety and was able to alert the office, who notified the Whittier Police Department immediately. "

School officials said the area where the incident took place is under increased surveillance while the suspect remains on the loose.