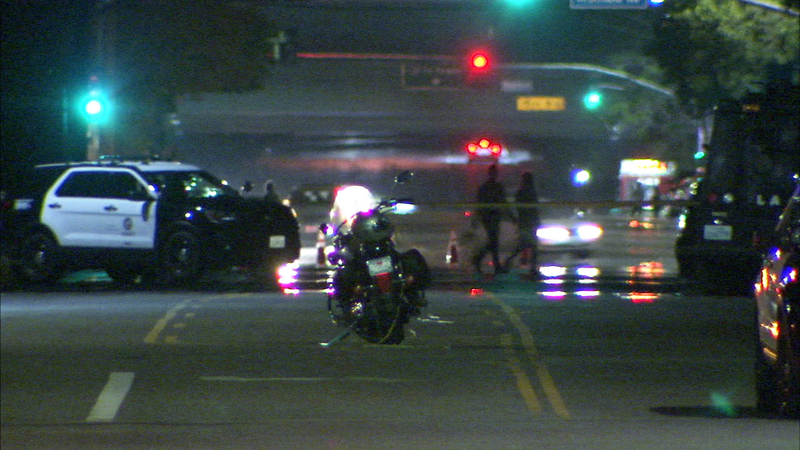 Suspect surrenders after barricade in Sylmar home with child

SYLMAR, LOS ANGELES (KABC) -- A wanted murder suspect who barricaded himself for several hours inside a Sylmar home with a 4-year-old boy surrendered to police late Tuesday.

The unnamed suspect came out of the home about 11 p.m. after negotiating with SWAT officers, authorities said. The child, not believed to be the son of the suspect, was unhurt.

The incident began around 7 p.m. when gang/narcotics officers went to the home in the area of Foothill Boulevard and Polk Street to serve a warrant on a man in his 30s for violations of parole stemming from a 2013 assault with a deadly weapon.

The man briefly emerged, with a 4-year-old boy, but saw the officers and went back inside the home. Police were unable to make contact with the suspect inside the home and the SWAT team was called in.

A SWAT team with the LAPD responded to a hostage situation involving a possible murder suspect in Sylmar on Tuesday evening.

It was not known if the man was armed, but police said he was considered to be a dangerous individual.

Los Angeles police later confirmed the suspect is connected to a May 28 murder at a nearby park. On that day, police found a man dead of gunshot wounds in the park on Borden Avenue.