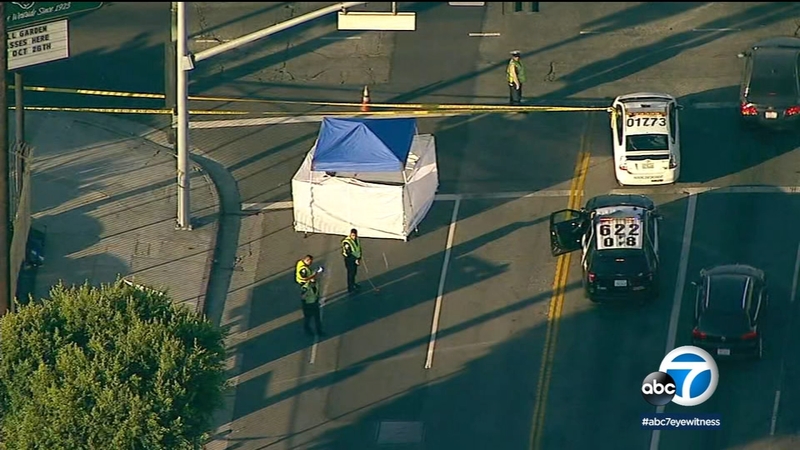 LOS ANGELES (KABC) -- A suspect was taken into custody after a pedestrian was killed in a hit-and-run crash involving a box truck Wednesday morning in West Los Angeles, police said.

The man was fatally struck around 6:20 a.m. at Pico and Sepulveda boulevards, according to the Los Angeles Police Department.

AIR7 HD was over the area, where a large police presence had responded and officers set up a crime scene tent.

The identity of the victim has not yet been released.

The suspect's vehicle, described only as a white older-model box truck with faded "Penske'' signage on it, was located a few hours later in the area and the driver was taken into custody.

It is unclear if the incident was captured on any city or surveillance cameras.

David Iblings, a general manager at a nearby hardware store, says the intersection is dangerously busy.

"Pico Boulevard in the morning and afternoon is like a freeway," said Iblings, who has worked in the area for over 40 years. "You're always thinking that something could happen. I've never seen anyone in an accident like this."