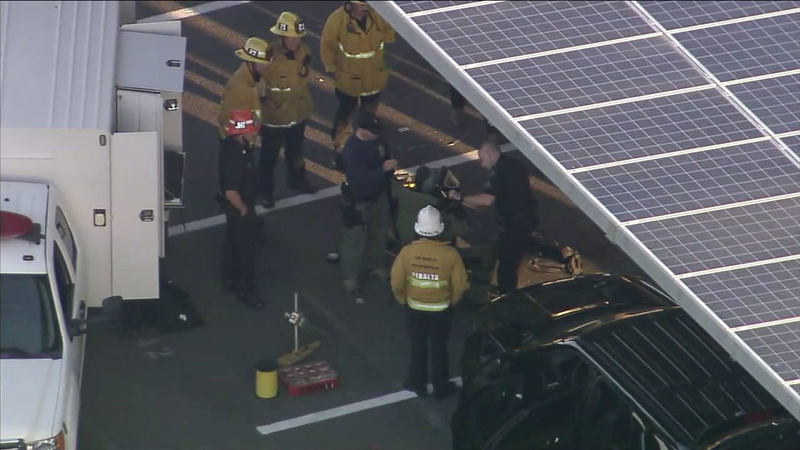 The package appeared to match the description of other suspicious packages mailed to other prominent political figures, including Hillary Clinton, Barack Obama and Waters' Washington D.C. office.

The Los Angeles Police Department confirmed it was investigating the package found around 2 p.m. at the Los Angeles Central Mail facility in the 7000 block of South Central Avenue. The building was evacuated.

"Sure we got scared because we heard bombs and stuff," postal employee Georgia Miller-Norris said.

"They brought us out for, like, not even 30 minutes," Miller-Norris added. "Then they said they had the bomb, they had them isolated."

Agents with the federal ATF and other agencies also responded. A bomb squad was on the scene.

Around 7 p.m., Los Angeles police said the bomb squad rendered the package safe. The investigation was then handed over to the FBI.

Nearly a dozen suspicious packages were discovered across the country Wednesday, most sent to high profile critics of President Donald Trump.

The bomb discovered in Los Angeles was the second sent to Waters. The first was intercepted in Washington, D.C.

"Doing something like this and then singling out Maxine Waters for more devices than others, that might be an indication of white supremacist beliefs or neo-Nazi beliefs," said Hal Kempfer, an intelligence, military and terrorism expert.