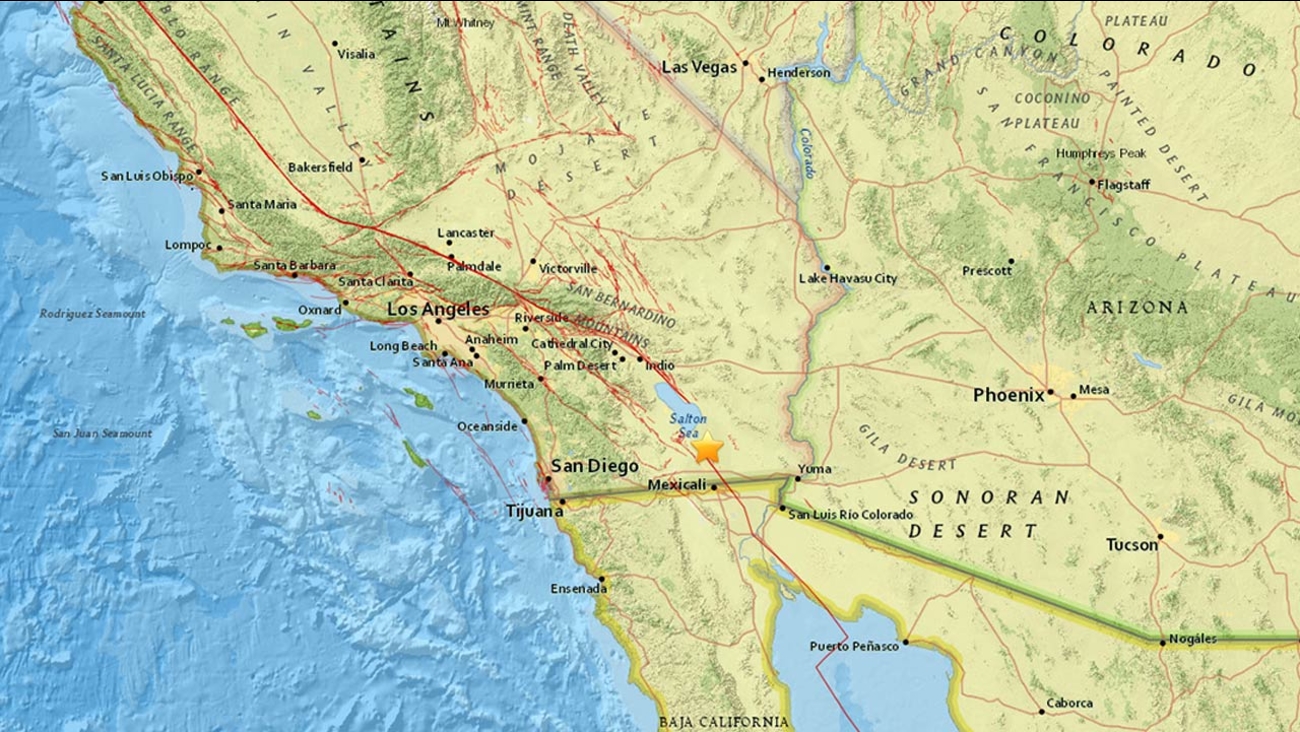 A swarm of more than 100 small earthquakes hit near Brawley, Calif., on Saturday, Dec. 31, 2016, according to the California Institute of Technology. (USGS)

BRAWLEY, Calif. (KABC) -- A swarm of more than 100 small earthquakes hit near the California-Mexico border on Saturday, according to the California Institute of Technology.

The swarm struck near Brawley, which is about 125 miles east of San Diego and 20 miles north of the border.

The first earthquake registered a magnitude of 1.1 at about 3:30 a.m.

The biggest earthquake so far was a 3.9 magnitude, but scientists said larger quakes were possible and the shaking may continue for several days.

The @ABC7 Quake Cam registered 1 of the more than 100 earthquakes that hit during the swarm near Brawley https://t.co/cUagUkWYBj pic.twitter.com/3HEK58PlUu

Officials stated the swarm was more than 30 miles from the San Andreas Fault and was not expected to trigger a major earthquake along the fault.

Cal Tech said the location of the swarm registered a 5.4-magnitude earthquake back in 2012.

The location was also known for geothermal activity and frequent earthquake swarms, according to Cal Tech.

Dr. Lucy Jones said a swarm in the area back in 2012 was much larger than Saturday's episode.

Map of today’s quakes (pink) with quakes in much bigger 2012 swarm. From Caltech pic.twitter.com/UfUFapwxTe

There were no reports of damage or injuries due to the earthquakes.