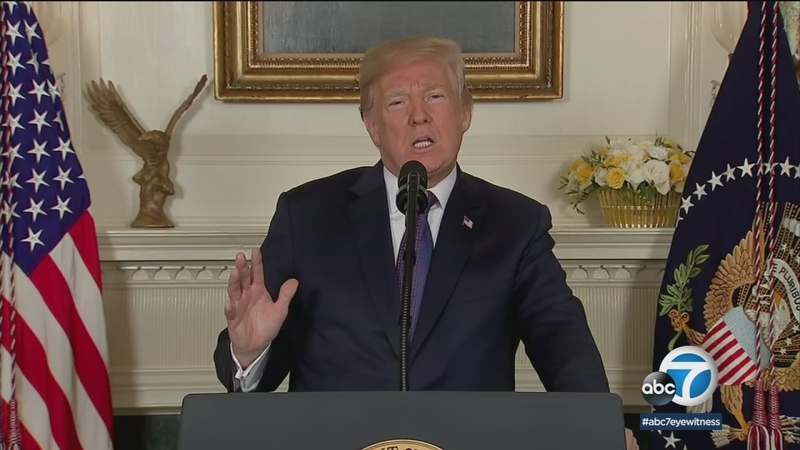 Trump announced the strikes Friday during a sudden press conference at the White House. Trump has said he holds Syrian leader Bashar al-Assad and his government, as well as Russian and Iranian allies, responsible for the suspected attack.

"These are not the actions of a man - they are crimes of a monster," he said.

President Donald Trump announced the U.S., along with French and British allies, have launched strikes against Syria after an apparent chemical weapons attack last week.

During his address, he also called into question the responsibilities Russia and Iran have to protect innocent people.

"To Iran and Russia, I ask you: What kind of a nation wants to be associated with the mass murder of innocent men, women and children?" he said.

Trump added that he is "prepared to sustain" strikes against Syria until the use of chemical weapons stop.

Moments after Trump announced the strikes to the nation, loud explosions lit up the sky and heavy smoke filled the air in Syria's capital.

Defense Secretary James Mattis and General Joseph Dunford held a briefing following the airstrikes, which they said were finished after three specific targets were hit. 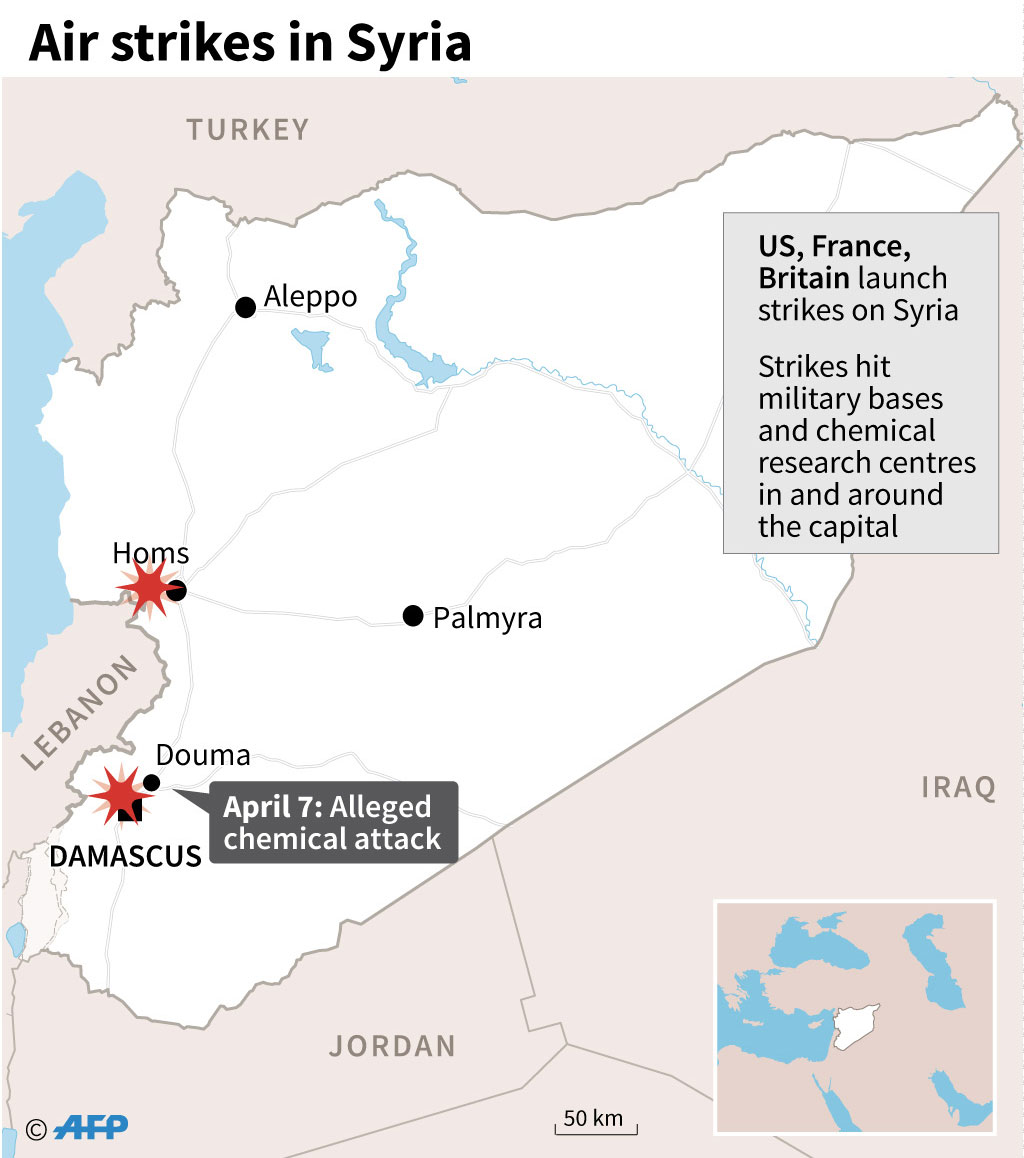 When asked if they knew for sure the Syrian government used chemical weapons, Mattis said he learned from intelligence sources Thursday that it did.

"I am confident the Syrian regime conducted a chemical weapons attack against its people," he said.

Mattis and Dunford also said they know chlorine was used in the Syrian chemical weapons attack and would not rule out sarin gas.

The governments of both Iran and Russia released statements condemning the airstrikes and promising responses. Anatoly Antonov, Russian Ambassador to the U.S., issued a response on the embassy's Facebook page.

Last April, Trump authorized the launch of Tomahawk cruise missiles to hit a Syrian airfield in retaliation for Assad's use of sarin gas against civilians.

One Syrian native who lives in Anaheim said the recent actions were too little, too late.

"The world has been watching the Syrian people getting slaughtered every day for the last seven and a half years now," Bilal Dalati said.

He added he would have liked to have seen the U.S. help years ago.

"All of the sudden they care because there is chemical warfare, but I mean...millions of people have died," he said.