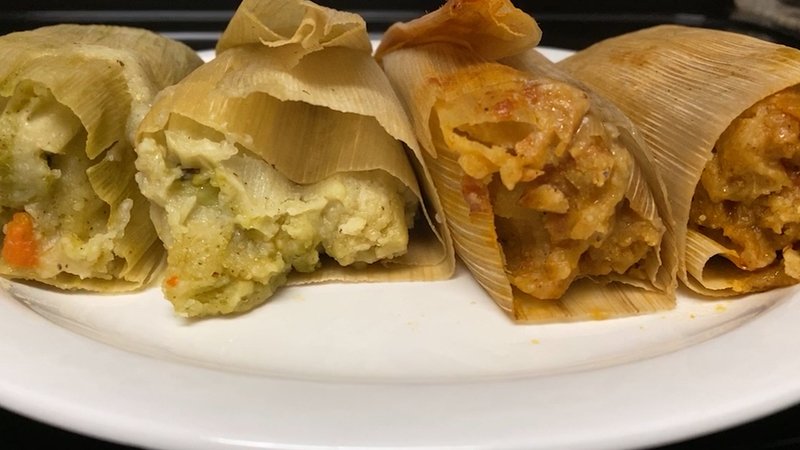 Alicia's secret ingredient is cooking with "lots of love."

HAYWARD, Calif. -- Who doesn't love tamales? Alicia Villanueva has turned her love for tamales into a business that is gaining steam.

At Alicia Tamales Los Mayas in Hayward, she is making up to 40,000 tamales a month.

Villanueva started making tamales when she was a little girl with her mother and grandmother in her hometown in Mexico. Today, she is living her "American dream" by selling her tamales "in the big leagues" at the brand-new Chase Center in San Francisco.

Villanueva moved to the United States in the early 2000s and worked multiple jobs. She loved the diversity that her new home had to offer and decided to share her Mexican cuisine with her community. When her family was asleep, she would make a hundred tamales a night.

"For me it was a huge volume," said Alicia Villanueva, owner of Alicia Tamales Los Mayas. "I decided to just start knocking on doors, introduced myself and introduced the tamale. I would walk in Oakland by International Blvd. and stopped by everybody's shop until we finished."

This is what dreams are made of!
Who grew up eating tamales? 🙋🏽‍♀️

Villanueva wanted to take her passion for cooking to the next level by opening her own business. With the guidance of La Cocina, a San Francisco based nonprofit, Villanueva was able to open her own family business in a 6,000 square-foot factory with twenty-five employees.

"We are literally living our dream, our American Dream," said Villanueva. "It's a family business with my Husband Pedro and my son Junior. He is working with me shoulder-to-shoulder."

Now, Villanueva has broadened her menu to sixteen different types of hand-crafted tamales but credits her success to one special ingredient.

"I think that the most important ingredient with the tamale is to cook with lots of love," said Villanueva. " Believe it or not you can feel that flavor."

In the near future, Alicia Tamales Los Mayas will be sold in 44 Whole Foods locations in Northern California.