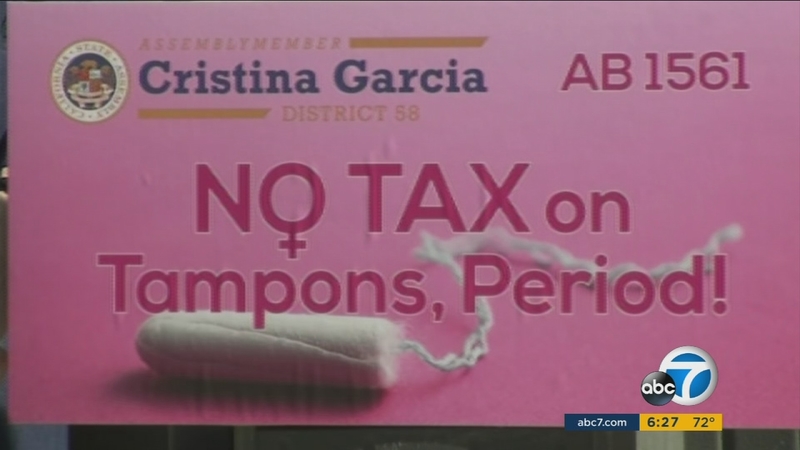 SACRAMENTO, Calif. (KABC) -- Women and lawmakers gathered at the California State Capitol building on Monday to protest the price paid for having periods - a tax imposed on menstrual products.

"Obviously that tax was imposed by men who have no clue what it's like to have to deal with that function of being a female," said Claudia Sobol of Burbank. "If men had to deal with that aspect of life, they would never put a tax on those items."

According to protesters, removing the so-called "tampon tax" could save women a dollar a month and families with several women several dollars a month.

Earlier this year, when President Barack Obama was asked about the "tampon tax," he replied in support of its removal.

"I have no idea why states would tax these as luxury items, I suspect it's because men were making the laws when those tax were passed. I think it's pretty sensible for women in those states you mentioned to work to get those taxes removed," Mr. Obama said.

Assemblymembers Cristina Garcia and Ling Ling Chang authored a bipartisan bill to do away with taxing menstrual products in California.

"One Latina from Stockton told me she has to use socks sometimes," said Garcia. "And the friend standing next to her was telling me they miss school when they don't have products available to them."

The state Assembly's Revenue and Taxation Committee will vote on the bill on May 9.