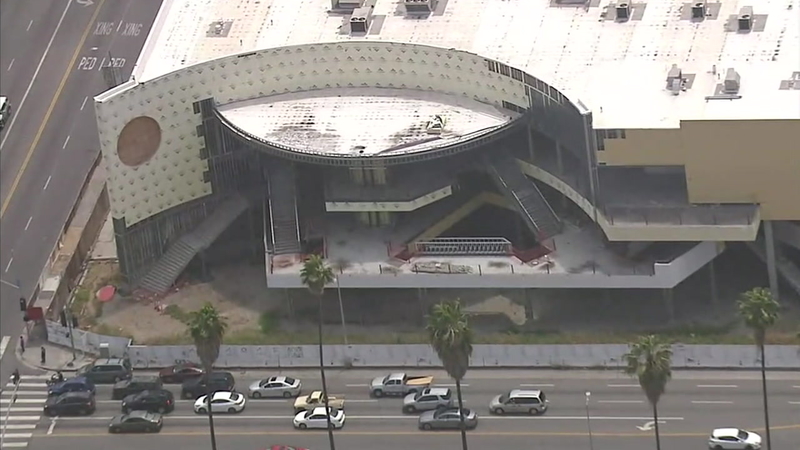 CA appeals court rules Target in Hollywood can be completed

HOLLYWOOD, LOS ANGELES (KABC) -- A yearslong legal battle between two groups and the city of Los Angeles over an unfinished Target in Hollywood may have come to an end Thursday.

A California appeals court sided with the city to allow the Target store, known by many as the Target husk, to be completed. The unfinished building is located on Sunset Boulevard and Western Avenue in Hollywood and construction was halted in 2014.

Two groups have had an ongoing battle with the city, and twice superior court judges sided with the plaintiffs.

The first time, a judge ruled the City Council violated zoning rules by approving a 74-foot building in an area where the max height is 35 feet. An environmental study was then required.

Some people also blamed then Councilman Eric Garcetti, who they said pressured Target to exceed height and density. But following years of back and forth, Target appeared to finally get the green light.

Another resident, Rafael Navarro, said people resented the building because it obscured their views.

City officials said the Target will boost the economy and bring new jobs to the area.

Mayor Garcetti released a statement regarding the decision.

"This store will be good for Hollywood, the neighborhood wants it, and it's time we get it open. I have been working to bring it to life since I was a councilmember, and I'm thrilled that we can finally finish what we started," he said.

"The Appellate Court ruling is not only a win for the city, but a victory for the communities I represent...with this path forward, we can complete the project and bring this long, unfortunate saga to a close," his statement said, in part.

But this may not be the end of the battle as attorney Robert P. Silverstein, who represents one of the groups, said there may be more they can do.