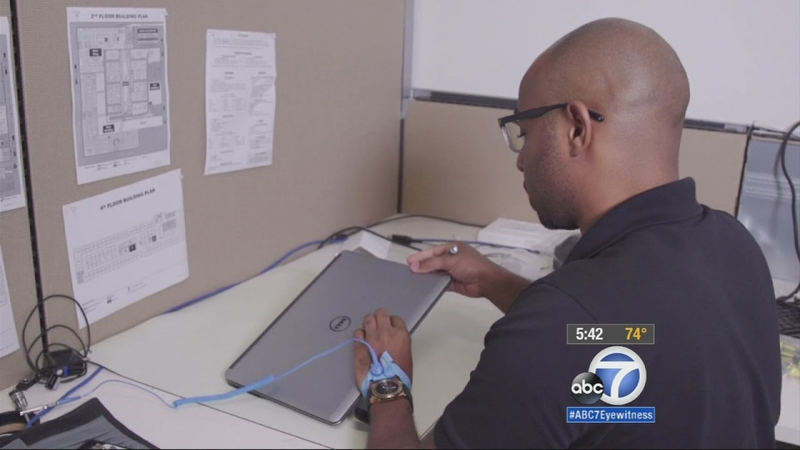 LOS ANGELES (KABC) -- If you have an older laptop, prepare for it to stop working and back up your data. Consumer Reports' latest survey finds laptops that are more than three years old are much more likely to break.

And once they're five years old, 25 percent have a serious problem - often catastrophic.

But one brand tops the rest when it comes to reliability.

Apple laptops are far less likely to need repairs than other brands, according to Consumer Reports' survey of more than 58,000 of its subscribers. After the third year of ownership, there's just a 10 percent chance Apple laptops will have a problem. That's significantly less than Samsung, Gateway Acer, Lenovo, Toshiba, HP, Dell and Asus.

"Well, our survey finds that the more you use your laptop, the more likely it is to break," said Consumer Reports Survey Research manager Karen Jaffe. "However, with Apple, people use them quite a bit, yet they still have a very low failure rate."

"Although Apple laptops are less likely to break, when they do break, the problem tends to be more severe," Jaffee said.

And repairing an Apple laptop is usually more expensive, often costing $300 or more. Still, Consumer Reports rates Apple's tech support the best in the business based on a separate survey of 3,000 subscribers.

"With many PC manufacturers, you have about a fifty-fifty chance of actually getting your problem fixed if you call tech support," Jaffe said. "Dell and Lenovo tend to be a bit better, but even with them, only about 61 percent are going to get fixed."

Apple's success rate is much higher, solving the problem 83 percent of the time.

If your laptop stops working, Consumer Reports says before you seek help, you may be able to solve the problem yourself.

First close any apps you're not using, which strain resources.

Try restarting your computer, which can clear out temporary files and free up the system's memory.