A SpaceX Falcon 9 rocket, reusing a first stage that had flown on a previous launch, lifted off at 6:17 a.m..

An Earth-observational satellite, PAZ, and two other experimental satellites were successfully launched into orbit, creating a brief light show as it arced over the Pacific Ocean west of Los Angeles.

The demonstration satellites are part of SpaceX's effort to provide Internet access to rural areas through a network of small satellites.

The launch, which was previously scheduled for Wednesday, was scrubbed minutes before the set time due to weather conditions.

Thursday's launch is just the latest of SpaceX's ventures. In February, the company had a successful sendoff of the Falcon Heavy rocket that had a cherry-red Tesla Roadster attached to it.

And you might recall the last time SpaceX launched a rocket from Vandenberg in December. Southern Californians took to social media after capturing a bright object blazing through the sky with some speculating they had just witnessed a UFO, prompting the company's founder, Elon Musk, to poke fun at the situation.

Californians were hoping for a repeat of such a spectacle Thursday morning, but this time the sky was much brighter, making the plume less brilliant.

The Falcon's first stage was used to launch a satellite for Taiwan last August and was recovered by landing it on a drone ship in the Pacific. This time there was no effort to recover the first stage and it fell into the sea. 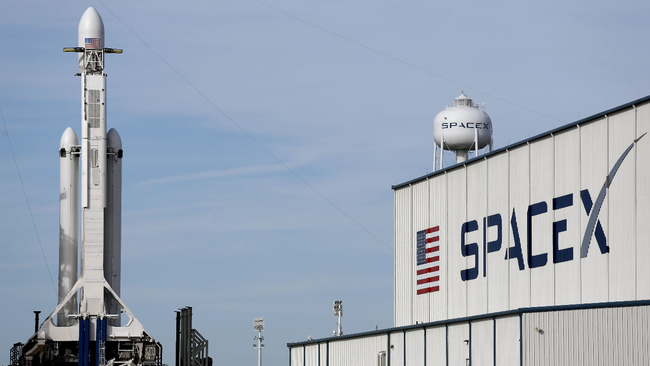