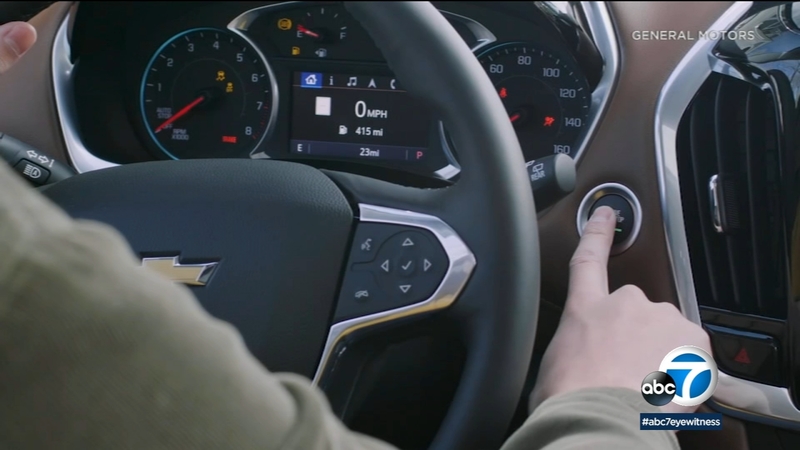 Teens involved in fatal car crashes, or getting into wrecks that cause serious injuries are a chilling thought for parents. That's especially true when those young drivers are not wearing seat belts.

"The data doesn't lie: wearing seat belts saves lives. So Chevy added to its Teen Driver system this first-of-its-kind technology, which basically does not allow the vehicle to be moved out of park until the seat belt is fastened," said Shad Balch, a spokesman for Chevrolet.

Buckle to Drive is an added aspect to GM's Teen Driver system, starting on several 2020 Chevrolet models like the Traverse SUV. The parent has the master key and access to the settings. Their son or daughter has a special secondary key that restricts what the car will or won't do. For example, safety features like traction control cannot be disabled at all. And, the vehicle can send mom or dad alert messages.

With Buckle to Drive, they won't be going anywhere if seat belts aren't fastened, as Balch demonstrated to ABC7. After starting the 2020 Traverse without his seat belt fastened.

"My seat belt is not on, so I cannot move the gear shifter," he noted. Once the belt is buckled, the selector can be moved out of park. And, if the belt is later unfastened, the audio system automatically mutes.

These tech features let parents have some peace of mind as they send their kids out onto the road. Ford has had a similar system for a number of years called MyKey. You can program certain things to restrict behavior, like maximum speed or a speed warning. And MyKey does mute the audio system if seat belts aren't fastened. Something no teenager likely wants.

Encouraging teenagers - or any driver - to buckle up is good practice thanks to some sobering statistics.

According to AAA, about 90% of U.S. drivers regularly use their seat belts. And while that sounds impressive, it means that 1 in 10 drivers still do not. Also, of all fatal collisions involving motor vehicles, approximately 47% of those killed were not wearing their seat belts, according to NHTSA. Finally, the CDC says that the leading cause of death among teenagers is motor vehicle crashes.

These technologies can help set parents' minds at ease. But if you're worried about too much "big brother" in cars these days, use of systems like this is completely optional.

"The parents get to make the decision about whether they want to turn it on or off. So we'll let those discussions happen between the parent and their kids," said Balch.