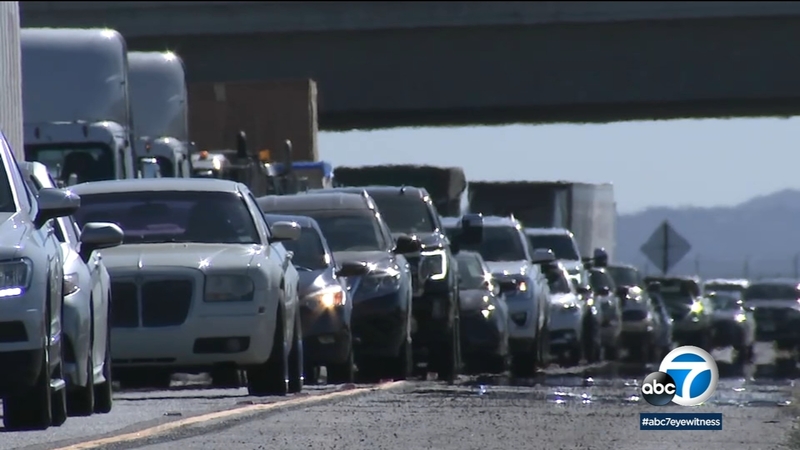 Woman carjacked after crash on 15 Freeway in Temecula

TEMECULA (KABC) -- One person is in custody after a woman driving a Mercedes-Benz was carjacked when she pulled over on the 15 Freeway in Temecula, authorities said.

The incident happened Tuesday afternoon on northbound lanes of the freeway near the Temecula Valley Parkway, according to the California Highway Patrol.

The victim, identified as a 37-year-old woman from Murrieta, felt someone hit the back of her car and quickly pulled over, investigators said.

That's when the suspect got out and approached the woman.

"(He) brandished a knife and also advised her that he was going to take her vehicle from her," said Officer Mike Lassig. "The victim stepped to the side, the suspect entered that Mercedes Benz and fled the scene."

The car was later found abandoned in San Diego County. The supect was taken into custody Thursday afternoon.

"It's a scary situation, it's very dangerous. We are very fortunate that our victim was uninjured," Lassig added.

The incident raises questions about whether suspects may be intentionally hitting unsuspecting drivers, and then attacking them when they get out to exchange paperwork.

A disturbing video of a man getting robbed in Sherman Oaks following a traffic collision is going viral, and is now the subject of an LAPD investigation.

A similar incident last month in Sherman Oaks was caught on camera. After getting rear-ended by a white Mercedes, the victim exited his car, only to be robbed of his Rolex watch by the guys in the white car.

The robbers in that case are still on the loose. As for what happened in Temecula, the thought isn't lost on officers that this could have happened to anyone.

"We encourage people that if you are put in this situation, that you give up whatever the suspect is asking for. Your life is not replaceable, where the property is."