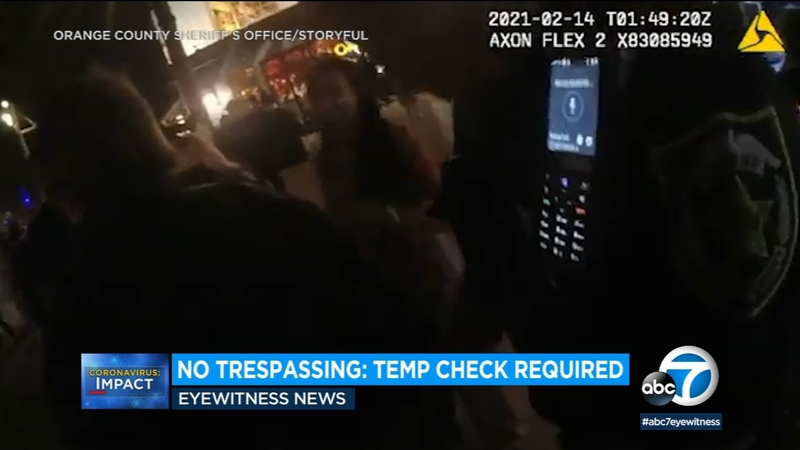 LAKE BUENA VISTA, Fla. (KABC) -- A Louisiana man was arrested after he refused a temperature check at Disney Springs, a shopping, dining and entertainment center in Florida.

The incident happened in February, but the video was just released by the Orange County Sheriff's Office.

The video shows a man arguing with a manager outside a restaurant, saying he paid $15,000 for the trip and telling authorities "you can't trespass if you're paying $15,000."

The man was arrested for trespassing.