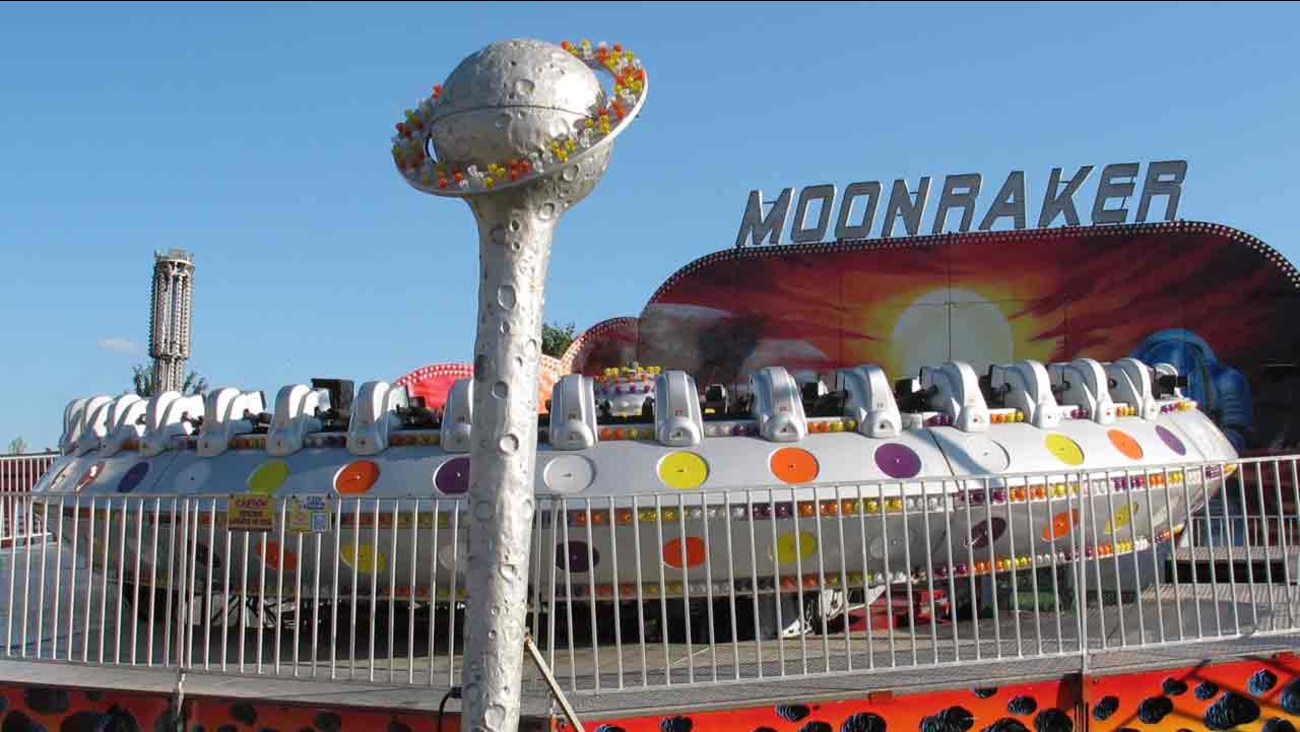 The Moonraker ride sits idle after several riders were taken to hospitals after it shut down at the Delta Fair in Memphis, Tenn., on Saturday, Sept. 3, 2016. (Adrian Sainz)

MEMPHIS, Tenn. -- Eight people were taken to hospitals after a ride shut down at the Delta Fair in Memphis, officials said Saturday.

Riders were enjoying the Moonraker, which spins around an axis and tilts up and down on an angle, when the ride's computer detected a problem and immediately began safety shutdown, said Matt Snyder, the fair's safety director.

As the ride stopped spinning and began to descend, the operator of the ride panicked and pressed a manual override button that released the safety restraints before it settled into its cradle.

"It scared everybody," Snyder said.

Initial reports that 14 people were thrown from the ride and taken to hospitals were "terribly inaccurate," said Earle Farrell, a spokesman from the Shelby County Sheriff's Office. Fair officials denied that anyone was thrown from or fell from the ride.

Two adults and six children were transported to hospitals after walking from the ride under their own power. None had visible injuries, but some complained their ankles were hurting, Snyder said. Four more people were treated at the scene.

One of the two adults who went to the hospital was the ride operator, who was emotionally shaken by the accident, officials said.

The ride has been shut down but the fair remained open Saturday. The ride had received a technical inspection in the past three years, and two more inspections in the days before the fair opened this week, Snyder said.

A ride inspector is scheduled to check the ride on Tuesday, said fair president Mark Lovell.