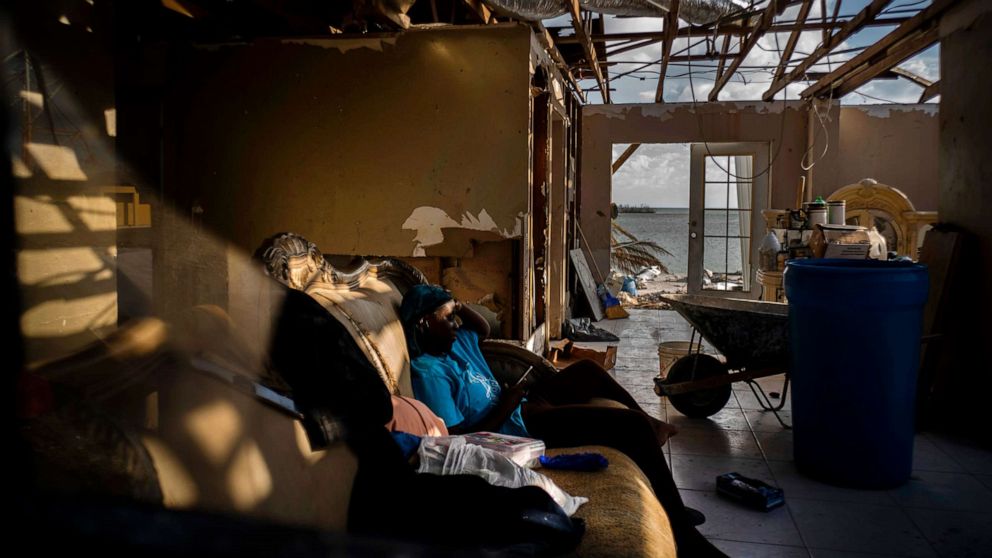 A "potential tropical cyclone" is threatening to bring tropical storm conditions to the northwestern Bahamas -- the same area hit hard by the Hurricane Dorian.

That system has not developed into a tropical depression yet, but it has the potential to around Friday.

Rain totals could reach 7 inches in the northwest and central Bahamas. The National Hurricane Center has issued tropical storm warnings.

Dorian slammed into the Bahamas on Sept. 1 as a Category 5 storm, decimating entire neighborhoods and tying the record for the strongest Atlantic hurricane ever to make landfall.

The official death toll in the Bahamas is 50, but authorities say they expect it to climb dramatically and warned that many victims may have been washed out to sea and may never be recovered.

This system could then become a tropical storm by the weekend as it heads toward Florida. Heavy rain and gusty winds expected for the east coast of Florida by Saturday into Sunday.

Rainfall could reach 2 to 4 inches through Sunday along Florida's east coast, north of West Palm Beach.

32 million Americans are in the storm zone Thursday night

Meanwhile, 32 million Americans are in the storm zone Thursday night from the Plains to Chicago to Washington, D.C.

A line of severe storms will develop Thursday night stretching from Wisconsin to Oklahoma, bringing damaging winds. Large hail and tornadoes are also possible for parts of Iowa, Minnesota and Wisconsin.

In Philadelphia and Washington, D.C., scattered storms may hit during the evening rush hour.

This comes after over 78,000 customers lost power in Michigan overnight as powerful rain and winds toppled trees and downed power lines.

Wednesday was also the second night of heavy rain for the Sioux Falls, South Dakota, area.

These were the first tornadoes to touch down in Sioux Falls since June 2001.