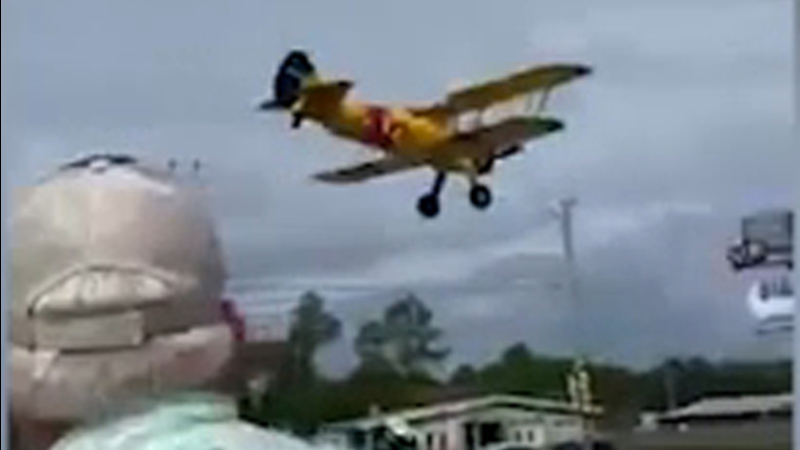 WINNIE, Texas -- A small-town festival in Texas was interrupted Saturday morning when a plane crashed onto a highway, and it was caught on video.

The crash happened Saturday as the small single-engine plane was heading back to the airport from the Texas Rice Festival in Winnie, about 60 miles east of Houston.

It clipped a light pole on Highways 124 and crashed onto the pavement, according to the Chambers County Sheriff's Office.

The pilot was not seriously injured, and no one else on the ground was hurt, the sheriff's office said.

"Many thanks to our first responders and CSI Towing for their swift response," the Chambers County Sheriff's Office posted on Facebook.