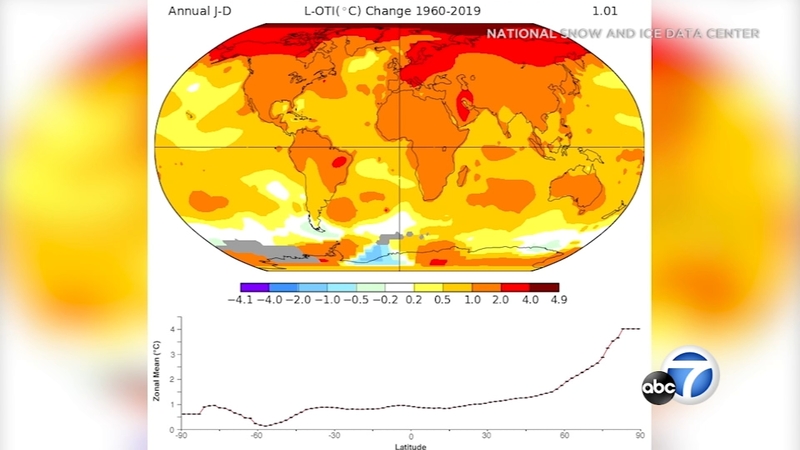 As the state of Texas continues its struggle with an extreme weather event that brought incredible amounts of snow and bitter cold temperatures, some are wondering if it is just a once-in-a-lifetime event, or whether climate change played a key role.

One environmental scientist says the polar vortex that brought arctic weather much farther south than usual has worsened because of climate change.

"Cold air that was normally was pretty well contained to the north of us is starting to wobble a little bit," said UC Riverside Professor Will Porter, who believes the fact that the earth's poles are warming much faster than the rest of the planet is to blame.

"What this is causing is a weakening of the temperature gradients. So, the differences in temperature between the pole and ,say, us in the mid-latitudes - that temperature is becoming less," Porter said. "And when you have less of that temperature difference, what the theory is that that is weakening the wall, the boundary that tends to trap that cold air up to our north."

Ellyse Espinosa is a single mother and business owner. She's one of thousands who remained in the dark for yet another night.

But how likely is it for a cold weather event like Texas is experiencing to happen in Southern California? Porter says it is possible, but extremely unlikely.

"It's a really good question. I mean if you look at latitudes, much of Texas is farther south than Los Angeles," Porter said. "That said, California has a few things going for it as far as protection from that kind of event. We have a lot of coastline and lots of water tends to have a buffering effect to extreme temperatures."

However, while California might be relatively protected from extremely cold weather patterns, Porter said his main concerns about the effects of climate change locally are droughts and wildfires.

"The fire season is starting earlier and lasting later, and changes in precipitation patterns can tend to produce more foliage during our winters and then have it dry out sooner and with more intensity during our summers," he added. "This has very real threats, we're seeing the new normal as far as what wildfire season looks like in California."

But with greater fluctuations in the weather, Porter believes periods of extremely hot temperatures will be more common. Preparing for those kinds of events will be important.

"We would hope that with the COVID pandemic people are already preparing at home to be at home," said Pasadena Fire Capt. Chris Reno, who says people should prepare for extreme weather events in the same way that they would prepare for an earthquake.

Mainly, folks should be prepared to be on their own for at least 72 hours and think ahead about ways to deal with an extreme heat wave, especially if the power is out for an extended duration.

"Not overworking yourself, taking breaks frequently, drinking water, things of that nature, along the same lines as you would prepare for any kind of natural disaster," Reno said.

The massive power outages that Texas is facing amid freezing temperatures bear some similarities to what California endures during extreme heat events.