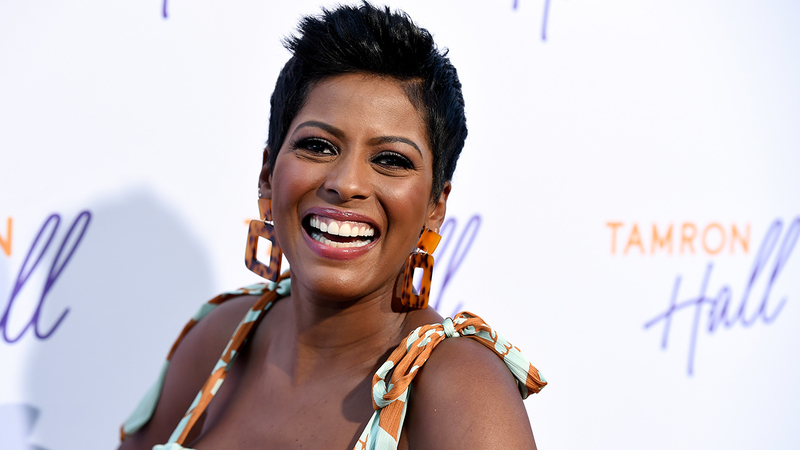 Most TV talk shows have been operating without any cheering fans since the end of last year, but Tamron Hall has found a way to draw a crowd.

The resourceful host and her team are not only back in the studio, they've also managed to find a live audience.

But still, it's not exactly business as usual at "The Tamron Hall Show."

As the host gets into hair and makeup, she conducts a virtual meeting with members of her staff -- who appear in little squares on her laptop.

"This is our team meeting," she tells the camera crew following her around. "Say hi, team."

In the middle of the 20th century, Mahalia Jackson fought racism and bigotry through the power of her sacred voice: A gift that allowed her to reign as the Queen of Gospel Music.

Throughout, the host remains the calm voice of reason that more than a million daily viewers depend on, and what she says each weekday is more important now than ever before, according to one staffer.

"Tamron Hall is the breath of fresh air that America has needed during this pandemic," said comedian Tom Kelly, who warms up the crowd.

Kelly works behind the scenes to get between 30 and 60 "Tam Fans" ready to join Tamron for each show.

"Things have changed at our studio," she said.

The audience -- in chairs facing her -- is now virtual and shown on a big wall during the show, where the folks at home can interact with her.

"I produce and run the party behind the the party," Kelly said. "My job is to get them into a good mood, so that way, they're not only engaged with the show, but they look good while on it."

Sandy Kenyon reports on actress Sarah Sutherland who is abandoning comedy for drama in her latest movie role in "Like a House on Fire."

Everywhere backstage, there is evidence of the new normal, but Tamron's home routine hasn't changed.

"After a long day I have the pleasure of checking in with the show's biggest fan, my baby Moses," she said.

The very relatable Tamron Hall, her Executive Producer Candi Carter, and the entire team deserve cheers, because within every limitation, the they have found inspiration.