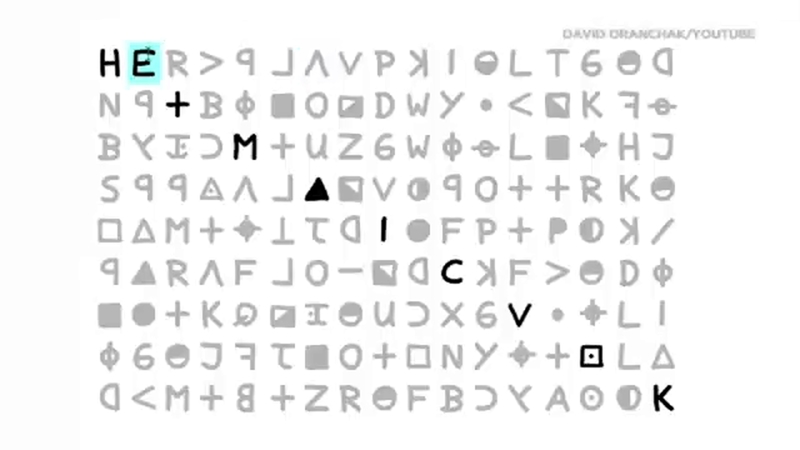 SAN FRANCISCO -- Experts have solved the code in the "340 Cipher" sent to the San Francisco Chronicle in 1969 by the Zodiac Killer, the elusive figure who terrorized California's Bay Area decades ago and killed five people, the newspaper reported Friday morning.

According to code breaker David Oranchak, the cipher attributed to the killer says, "I hope you are having lots of fun in trying to catch me. ... I am not afraid of the gas chamber because it will send me to paradise all the sooner because I now have enough slaves to work for me."

In a statement to our sister station ABC7 News on Friday, the FBI confirmed they were aware the cipher had been solved by "private citizens."

The agency said the case remains an "ongoing investigation."

"The Zodiac Killer terrorized multiple communities across Northern California and even though decades have gone by, we continue to seek justice for the victims of these brutal crimes. Due to the ongoing nature of the investigation, and out of respect for the victims and their families, we will not be providing further comment at this time," the FBI said.

In December 1968, the Zodiac Killer killed two teenagers on Lake Herman Road in Benicia. A couple was later shot in July 1969 while parked at Blue Rock Springs Park in Vallejo. One of the victims died.

In September of that same year, a masked suspect stabbed two people at Lake Berryessa in Napa County, California, killing one of them.

In October 1969, a San Francisco cab driver was shot and killed.