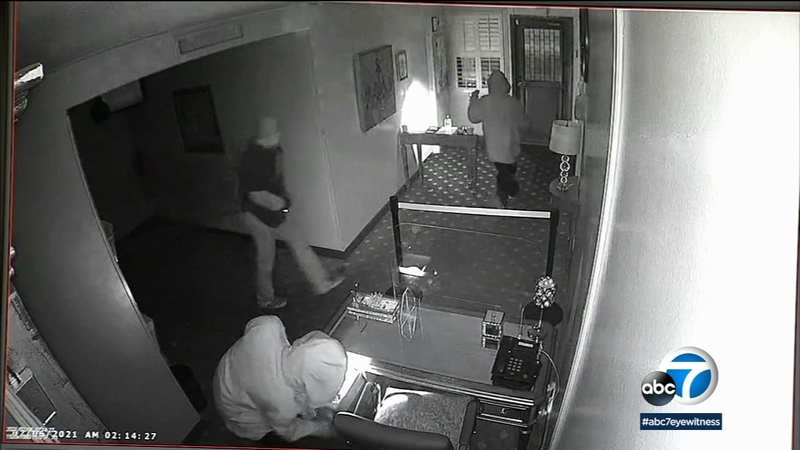 LAWNDALE, Calif. (KABC) -- A search is underway for multiple suspects captured on video stealing from a mortuary in Lawndale.

Mark McKay, owner of McKay's Family Mortuaries, says he was notified of the theft early Saturday morning and discovered about $200 in cash and sacred Buddhist artifacts were taken by the suspects.

One suspect was seen lugging a large suitcase, which McKay said was filled with the valuable artifacts.

McKay says police are investigating. He says it appears one suspect is in his late 50s, one is a teenager and the other is a man in his 30s. They were seen getting into a dark colored compact car.

McKay and Trien Nguyen, the funeral arranger for McKay's Mortuaries, say they want the artifacts returned to a Buddhist temple and the suspects held accountable. Nguyen says he was stunned and disappointed by the theft.

McKay added that residents in the residential neighborhood shared their own surveillance footage of the suspects entering and exiting the mortuary.