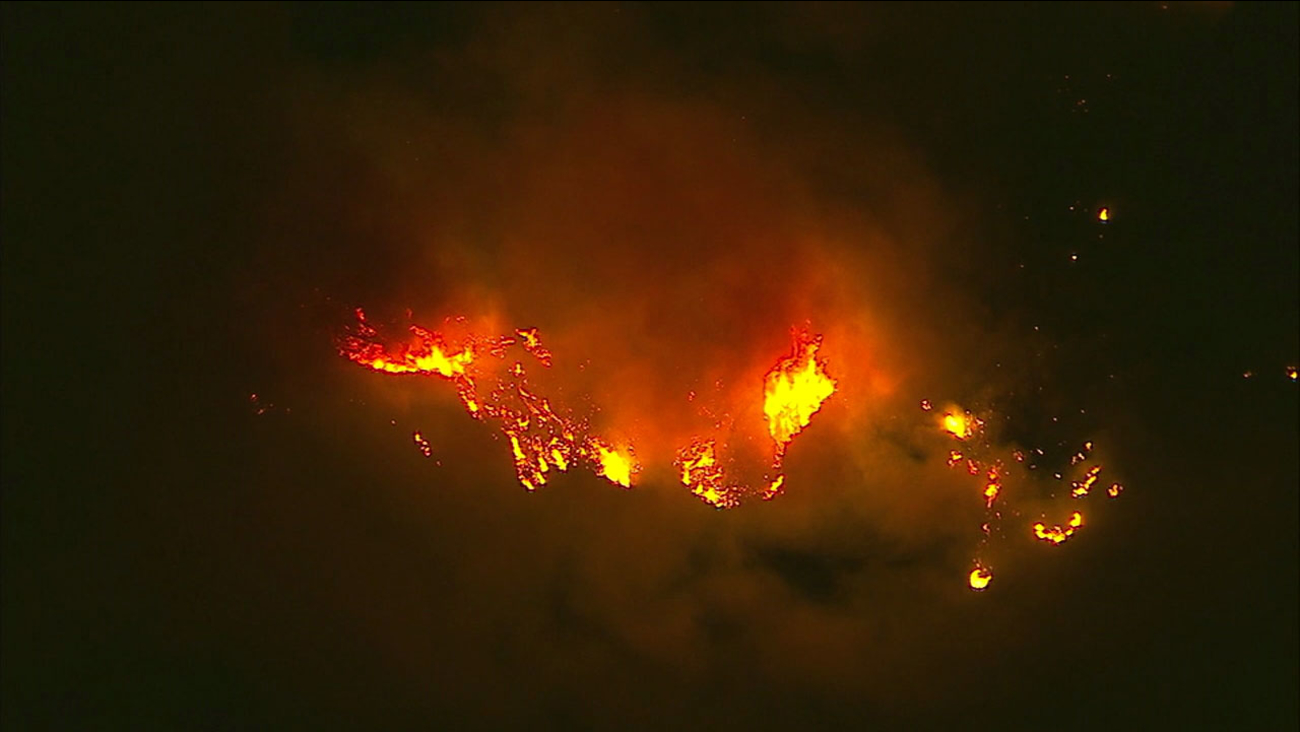 The Thomas Fire burns through dry brush in the Los Padres National Forest near Fillmore on Friday, Dec. 8, 2017. (KABC)

SANTA PAULA, Calif. (KABC) -- A person killed in a crash related to the Thomas Fire, which has burned in Ventura County all week, has been identified as a Santa Paula woman.

He said Pesola's death involved a car crash during a fire evacuation from the raging Thomas Fire.

"After evacuation of Wheeler Canyon, a missing person was reported. Human remains were identified at a vehicular crash site along the evacuation route," Young stated in a press release.

Her cause of death was determined to be blunt force injuries with terminal smoke inhalation and thermal injuries.

Authorities reported Monday at least one person was killed in a car crash connected to the fire, and a source told Eyewitness News the person appeared to be fleeing from the blaze.

The crash was reported in the Steckel Park area near State Route 150 and Thomas Aquinas College around 6:30 p.m.

The incident is being investigated by the California Highway Patrol and the Ventura County Sheriff's Department major crimes unit.