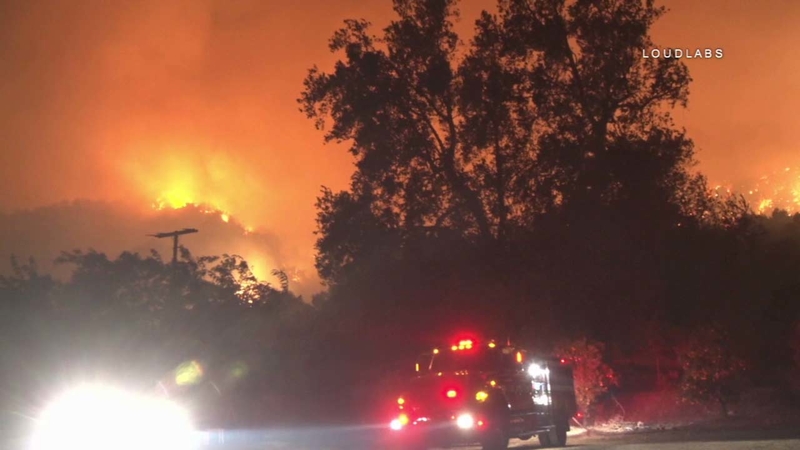 The fire expanded by 3,000 acres overnight. As of Friday morning, the fire had charred 252,500 acres and was 35 percent contained.

Firefighters were concerned that flames were going to reach a home in Fillmore, but the fire appeared to be inching away from the area in the westward direction Friday morning.

The winds began picking up some speed as the sun came up. A red flag warning was expected to expire Friday morning, though a fire weather watch will be in place for most of the Southland until Sunday evening.

In Ventura County, fire crews will continue to engage in suppressing active and small spot fires around the southeastern portion of the fire's perimeter.

Since the inferno erupted in Santa Paula on Dec. 4, the blaze has destroyed 972 structures, damaged 218 others and threatens 18,000 more.


The fire claimed the life of a firefighter on Thursday. The firefighter was identified as Cal Fire San Diego Unit Fire Apparatus Engineer Cory Iverson, according to Cal Fire Director Chief Ken Pimlott.

Iverson was 32 years old and is survived by his wife, Ashley, and 2-year-old daughter Evie. Iverson's wife is currently expecting their second daughter, Pimlott said.

Iverson, who had been with Cal Fire since 2009, had been fighting the Thomas Fire since it first erupted.