Stretch of road where Tiger Woods crashed is known for accidents, high speeds

It could take investigators weeks to determine what caused Tiger Woods' car accident, but they are looking at the role the road itself played.
KABC
By Josh Haskell 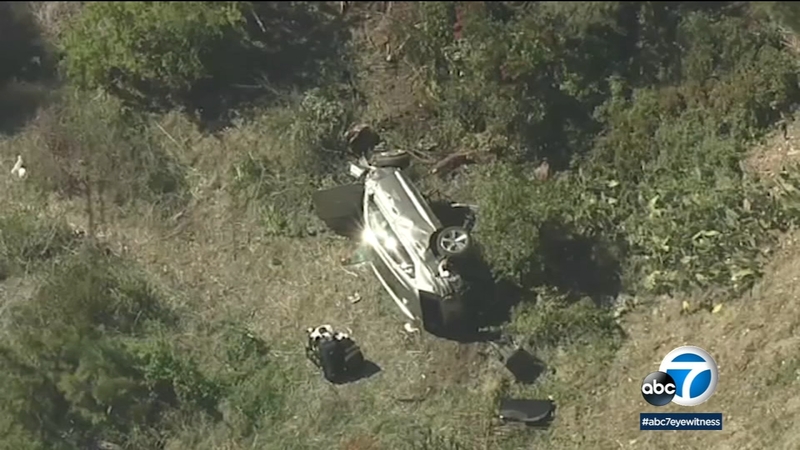 The Genesis GV80 driven by Woods has a black box that will help determine whether the 45-year-old was speeding. His cell phone records could be pulled to see if his phone played a role, but something also being looked at is the road itself.

"That stretch of road has had quite a few accidents over the years. In fact, from January of last year to Tiger Woods' incident, a total of 13 accidents, four of them with injuries. So, definitely, this stretch of road is challenging and if you're not paying attention, you can see what happens," said Los Angeles County Sheriff Alex Villanueva.

Tiger Woods is not expected to face any criminal charges stemming from the rollover crash in Rancho Palos Verdes that left him with significant injuries, Los Angeles County Sheriff Alex Villanueva said.

L.A. County Supervisor Janice Hahn has directed a safety review of the stretch of Hawthorne Boulevard following Woods' crash. The area is steep enough that there's a runaway truck ramp.

The speed limit on the stretch of Hawthorne Boulevard between Silver Spur and Palos Verdes Drive North is 45 mph - but every resident Eyewitness News spoke with said it's easy to increase your speed without being aware, and all of them have gotten speeding tickets to prove it.

"You end up accelerating 65,75 in no time and the road is pretty treacherous in that it is steep and it curves. I have been involved in an accident," said Grace Crofton, who lives off Hawthorne Boulevard.

It's unclear how familiar Woods is with the road which he was taking to Rolling Hills Country Club for a GolfTV shoot with NFL quarterbacks Drew Brees and Justin Herbert. Pamela Park has lived in Rolling Hills Estates since 1967 and says if you're not aware of the decline, you can get into trouble.

Park said "it only takes a split second for something to happen."