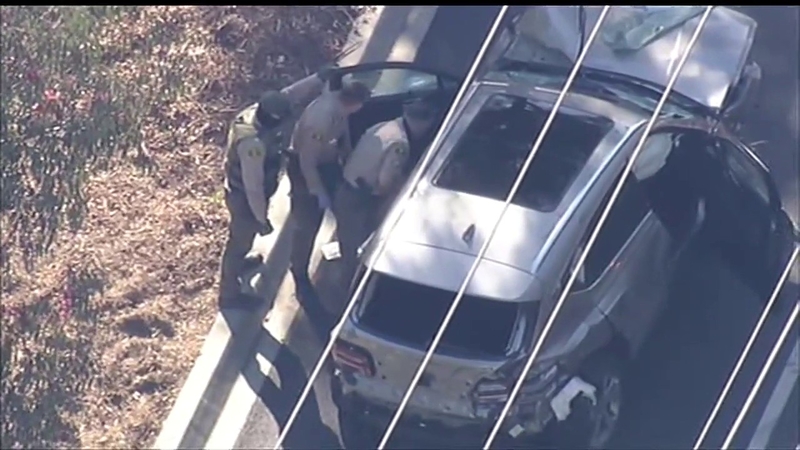 RANCHO PALOS VERDES, Calif. (KABC) -- In the harrowing moments after a rollover crash in Rancho Palos Verdes that left golfer Tiger Woods hospitalized on Tuesday, radio communications by the Los Angeles County sheriff's and fire departments reveal the efforts by deputies and firefighter-paramedics to assess the incident and respond to the scene.

Woods was alone in the SUV when it crashed into a raised median shortly before 7:15 a.m., crossed two oncoming lanes and rolled several times, authorities said.

In an initial transmission, a Fire Department official communicates the location of the crash site, noting that sheriff's deputies have already arrived and that at least one person was trapped inside a vehicle that had veered off the side of the road.

No other cars were involved in the crash. The 45-year-old Woods was alert and able to communicate as firefighters pried open the front windshield to get him out.

The airbags deployed, and the inside of the SUV stayed basically intact and that "gave him a cushion to survive the crash," L.A. County Sheriff Alex Villanueva said at an afternoon news conference. Both of his legs were seriously injured, county Fire Chief Daryl Osby said.

Woods was transported to a hospital by ambulance in serious but stable condition.

While the cause of the crash was still being investigated, Villanueva said there was no obvious indication of DUI or other impairment.