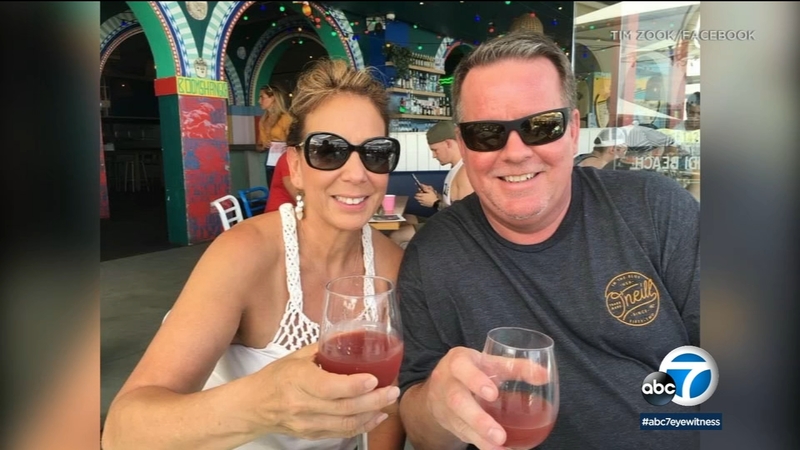 The family of an Orange County man who died days after receiving a second dose of a COVID-19 vaccine say they remain firm believers in vaccination and are still hoping for better answers about his cause of death.

Tim Zook, a 60-year-old X-ray technologist at South Coast Global Medical Center in Santa Ana, got his second dose of the Pfizer vaccine on Jan. 5. A few hours later he had trouble breathing and an upset stomach. He was hospitalized and died four days later.

His cause of death remains under investigation. The Orange County coroner's office says if it determines his death was related to the vaccine, it will notify the OC Health Care Agency.

Zook's family said he had high blood pressure and was slightly overweight, but he was a proponent of the vaccine.

Tim's widow Rochelle Zook says she is not ready at this point to attribute her husband's death to the vaccine.

"We don't know," Rochelle Zook said. "I am not putting any blame on Pfizer or any other pharmaceutical company. We just want to know the truth."

Tim Zook was a supporter of vaccination and posted his excitement about receiving a dose where he worked at South Coast Global Medical Center.

But a few hours later, his wife says, he was complaining of abdominal pain and difficulty breathing, so he went to the emergency room.

"I said to him, is this a result of taking the second vaccine? And he said no, no, no, not at all. Don't worry about that."

His wife says a CAT scan revealed congestive heart failure, but other tests showed he had no valve issues or artery blockage. COVID-19 tests came back negative, and the breathing continued to get worse. Eventually, he was intubated.

He was then transferred to UCI Medical Center where she says his kidneys started failing.

"He code blued for the fourth time and then Tim lost his life and that's how it went," she said.

While the coroner's office works to determine a cause of death, which could take months, the family is left puzzled.

"We don't know whether it was the vaccine or was there any other underlying conditions that none of us knew about."

Either way, they say they still believe in the vaccine.

Pfizer says "Serious adverse events, including deaths that are unrelated to the vaccine, are unfortunately likely to occur at a similar rate as they would in the general population."

WATCH: Are there side effects of the COVID vaccine? See our FAQ
EMBED More News Videos

We spoke with an infectious disease specialist at Cedars Sinai Medical Center to answer some frequently asked questions related to the vaccine.