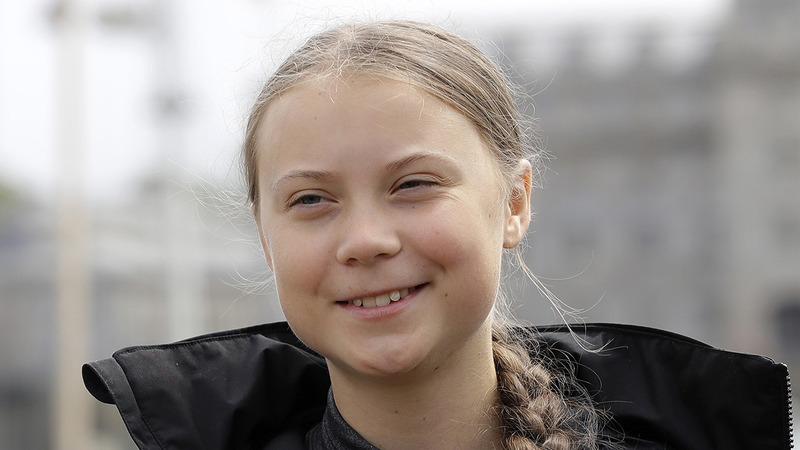 TIME Magazine has announced the 2019 Person of the Year: Greta Thunberg.

The title, which dates back to 1927, is given the person or group of people who the magazine's editors deem to have had the greatest impact on the year's events, good or bad.

The 16-year-old climate change activist began a global movement in August 2018 when she camped outside of Parliament in her native Sweden. In the time since, Thunberg's addressed the United Nations, met with the Pope, and inspired millions to join the global climate strike in September, the largest climate demonstration in history.

"She is an ordinary teenage girl who, in summoning the courage to speak truth to power, became the icon of a generation. By clarifying an abstract danger with piercing outrage, Thunberg became the most compelling voice on the most important issue facing the planet," TIME wrote in its announcment.

The recipient was announced Wednesday, the day after the shortlist was released, which included House Speaker Nancy Pelosi, President Donald Trump, the Hong Kong Protestors, and The Whistleblower.

Last year, the magazine named The Guardians, a group that included four journalists and one newspaper, as Person of the Year. Among the journalists was slain Saudi writer Jamal Khashoggi.

Lizzo: The chart-topping singer and rapper was named TIME's 2019 Entertainer of the Year. TIME not only acknowledged the ubiquity of her work but noted that she represents something new.

"Lizzo sells something more radical: the idea that you are already enough," the magazine wrote.

Bob Iger: Disney's CEO was named TIME's 2019 Businessperson of the Year. Including a photoshopped picture of Iger and Internet superstar Baby Yoda, TIME detailed the successful launch of Disney+ and the company's franchises' impact on pop culture.

The Public Servants: The United States' federal workers were named TIMES's 2019 Guardians of the Year. TIME specifically cited the role of the whistleblower and the federal employees at the center of President Donald Trump's impeachment inquiry for holding powerful figures accountable.